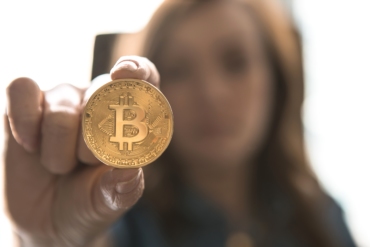 With fast peer-to-peer transactions, worldwide payments and low processing fees, Bitcoin is “open source; its design is public, nobody owns or controls Bitcoin and everyone can take part.” With Bitcoin (BTC) dropping below $6,800, it’s now reached a three month low. Notwithstanding the drop in price, Binance CEO, Changpeng Zhao, is stating that this drop is historically normal.

DOES THIS COME AS A SHOCK?

Hacked over the weekend, Coinrail, a South Korean cryptocurrency exchange, is in major trouble. Concurrently, there has been a sharp decrease in the price of all major cryptocurrencies, including Bitcoin. Exacerbating the lack of security and soft regulation in the world’s cryptocurrency pools, this latest attack was directly responsible for the loss of major value. The stolen amount totaled roughly 30% of the coins on Coinrail’s exchange.

What seems to be missing from Coinrail’s statement is accountability on a global scale from exchanges in general, in any sense of the word — this particular hack being the 5th major theft happening this year alone.

In a recent CNBC piece, Tom Lee made a prediction of a $25,000 BTC price. Giving three aspects to this, Tom went on to mention that cost of the creation of Bitcoin and mining – maintaining that just the cost of mining a single Bitcoin is nearly $8,000 and after the recent drop, went down to $6,000 – potentially making Bitcoin an undervalued asset. He also mentioned the involvement of major financial institutions coming into play later this year. Finally, he also noted that such a jump would happen in days, not months, given the coin’s past volatility.

Many state that Bitcoin’s best use is to store value, while others criticize the currency for its volatility. Given the current state of regulation and reform, the future of cryptocurrency use is still in question. With every major civilization on planet earth working together to use the Blockchain, we can’t help reminding ourselves that cryptocurrency is just in-game currency for real-life applications. If life were a video game, what exactly would be the end goal? What is that grand mission we all strive for? And, how do the economics of such dreams work?