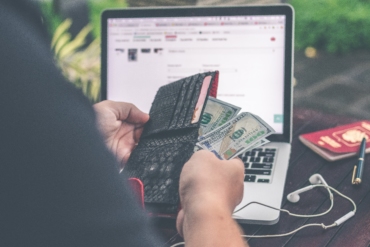 The United States Attorney’s office at the Southern District of Carolina announced that it had held 21-year-old crypto dealer Jacob Burrell-Campos without bail. Jacob is facing a 31-count of crimes which include not following anti-money laundering procedures. The 21-year-old was arrested as he tried to get into the US from Mexico on August 13th, 2018.

Jacob was also stating contradicting information about his residence and place of work. His Facebook account showed that he lives in San Diego but as per the court, he is a resident of Rosarito. The social media account further indicates that he works for a crypto startup Edge, also a falsehood.

Money Laundering To The Extreme

According to the information from the court, Jacob traded Bitcoin worth $750,000 USD in 970 transactions. He is also said to have carried these transactions to over 900 customers in the United States. His payments were paid either in cash, through MoneyGram or through his bank accounts. However, the assistant US Attorney Robert Ciaffa said that Jacob was a Bitcoin trader and that his business was not a currency transmitting platform.

Jacob is also sad to have bought Bitcoin worth $3 million in additional 2600 transactions. These purchases were for his business, and some of them were carried out through Coinbase. Coinbase is the largest Bitcoin exchange platform in the United States. Coinbase later closed Jacob’s account for failing to verify it. Account verification is now compulsory at Coinbase and is a critical component of their new rules.

The United States court found that Jacob was having three citizenships. The court also noted that he had very close relationships in Mexico, which resulted in his bail being denied. US agencies have confirmed that they are investigating crypto related crimes with increased intensity as the popularity of the new market surges.

Crypto related crimes are on the rise. A report released earlier this year showed that the crypto market is now the biggest target for criminals. This year alone, the market has lost more than $1 billion USD in the hands of hackers. Cases of crypto-jacking are also increasing, leading to calls for an increased regulation of the market.