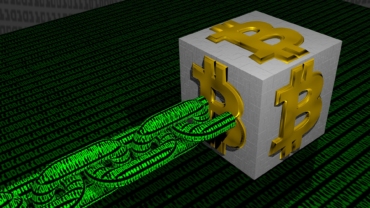 A cryptocurrency fork is always an interesting topic and the source of hype in the digital currency market. That’s especially when they happen to be Bitcoin (BTC) forks. This could be because Bitcoin is currently the most popular cryptocurrency and the fact that it has so far had memorable forks, but its most scandalous may still be on the way.

In 2017, Bitcoin’s blockchain was forked multiple times on different occasions, creating Bitcoin Cash, Bitcoin Gold, and Bitcoin Diamond. However, market experts believe that upcoming Bitcoin forks will be more controversial than the previous ones.

There are currently two upcoming Bitcoin forks named Anonymous Bitcoin and Bitcoin Prime. Unfortunately, the two have already been described as cash grabs that are planned by opportunistic developers. However, the developers behind the two projects beg to differ with the negative perception.

The new Bitcoin forks have provoked a lot of anger from the cryptocurrency community and for good reason. Rhett Creighton is one of the key figures behind Bitcoin Prime. His new coin will spin off from Primecoin (XPM) and Bitcoin. One of the reasons why this fork is receiving criticism is Creighton’s involvement with a double fork involving Zclassic (ZCL) and Bitcoin.

The projects led to an inflated ZCL price which in turn resulted in Creighton and his team associates reaping massive financial benefits. For this reason, many members of the cryptocurrency market feel as if the Bitcoin Prime fork will just be another instance of people like Creighton trying to gain more wealth for themselves.

One of the reasons why cryptocurrency forks exist is the need to make changes or improvements to blockchain technologies. However, most of the changes have revolved around solving some of the drawbacks in cryptocurrency. However, it looks like some forks do not have a properly justified reason; meaning people like Creighton are taking things too far, thus the criticism.

One good example of how cryptocurrency forks can lead to personal gain is the surge of Primecoin’s price by 350%. This allows people like Creighton to benefit from the price jumps regardless of whatever happens after the fork takes place.