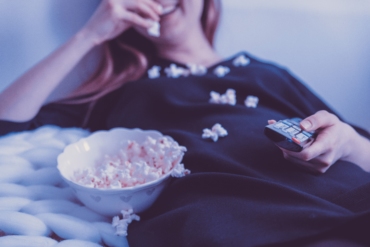 If you ever thought that television was only meant for relaxation and entertainment, sorry to shock you. That idea is so old school now. In a world where virtual currency is disrupting traditional financial institutions, a Chinese firm is taking the task of Bitcoin (BTC) mining to a whole new level. Guess what: Chinese startup Canaan Creative is taking the stress of Bitcoin-mining off the shoulders of miners by designing televisions that will make their task way too easy. Yes, you read that right. If you never thought this was possible, you’d better start believing it now, because this TV is real.

The Beijing-based company announced a plan to unveil a television allowing miners to mine Bitcoin while they relax with a pizza. What could possibly feel better than that? Canaan Creative, which is the world’s second largest maker of Bitcoin mining rigs, is indeed living up to its name of creative. According to local media reports, the new television set’s name is AvalonMiner Inside or simply Avalon. This innovative technology is coming after Canaan Creative successfully applied for an Initial Public Offering (IPO) in Hong Kong in May with a target to raise at least $2 billion.

Features Of AvalonMiner Inside

As a miner, you’d probably be imagining how the new television set will blend with the act of mining. Well, you don’t have to think too hard as the TV boasts features that will fascinate you. Let’s break it down: AvalonMiner Inside features 2.8 trillion hashes per second. Indeed, that’s not a bad mining capacity seeing that the world’s most powerful mining machine boasts of 11 trillion hashes per second. The seamless union of Artificial Intelligence (AI) and voice control capabilities ensures Avalon is special.

What’s more? With a real-time calculation of BTC mining profitability, it means miners do not have to deal with the stress of working that out, making it more fun. The reports say miners could use mined BTC to purchase more TV programs and order gifts from Canaan Creative’s platform.

Significance To The Cryptocurrency World

This innovation is commendable as the BTC mining community is likely to increase. This brings the concept of IoT (internet of Things) closer to reality. The mining hardware manufacturer is taking the right steps to challenge its competitors, such as Beijing-based mining company Bitmain Technologies, to think out of the box too. Truly, these TV sets will make all the difference for BTC miners.