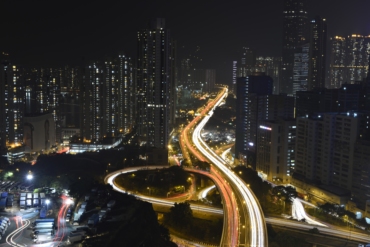 Canaan Creative has taken the first step to becoming a public company after filling the necessary documents required for carrying out an Initial Public Offering. The second largest maker of bitcoin mining rigs is seeking to raise $1 billion from the IPO, set to take place in Hong Kong. If successful, it would be the world’s largest crypto related IPO ever.

In the flings, Canaan Creative indicated that its software unit, Hangzhou Canaan, received preferential tax treatment and paid no tax between 2016 and 2017. The unit expects to pay a preferential rate of 12.5% from 2018 to 2020. Credit Suisse, CMB International, Deutsche Bank and Morgan Stanley are joint sponsors of the proposed IPO.

According to people with knowledge on the matter, the company intends to start trading in Hong Kong as soon as July. The IPO would be the first for the crypto industry in Hong Kong. Plans of an IPO first erupted in 2017 as the company eyed listing on the China National Equities Exchange and Quotations.

The IPO did not materialize as growing concerns about regulatory framework in China could have made the listing process difficult. China has already banned cryptocurrencies, and while mining is still legal, recently increased crackdowns continue to cause havoc.

Canaan goes into the IPO as one of the most successful Bitcoin rig manufacturers. Last year, they generated $203 million in revenue. It was a six-fold increase in profits to 361 million Yuan. The company also controls about 15% of the global market for bitcoin mining chips and computer equipment.

In addition to developing rigs for bitcoin mining, the company also develops dedicated chips for use in artificial intelligence applications.

Creative Canaan is not the only Chinese company looking to raise $1 billion from an IPO. Reports indicate that Zhejiang Ebang Communication has also hit the ground running as it looks to carry out a $1 billion IPO.

Zhejiang was previously listed on the Chinese Equities Exchange and Quotations before removal in March. The delisting was reportedly part of a ploy, as the company eyed listing in Hong Kong. The Bitcoin rigs manufacturer expects listing in Hong Kong to provide more exposure.

It remains to be seen if the two Bitcoin miners will be able to raise $1 billion from the market. With Bitcoin price dropping significantly, it could be difficult.