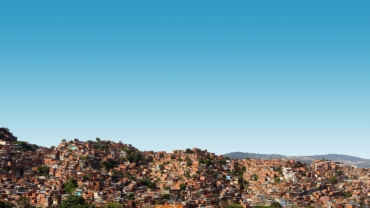 Pale Blue Foundation founder Jonathan Wheeler is looking to liberate the people of Venezuela from economic crises. The plan is to flood the South American country with bitcoins. Wheeler remains unsure of the economic implication of his move, but he is seeking the counsel of economists. He is not only seeking the expert advice of economists. Additionally, Wheeler is soliciting the crypto contribution of Bitcoin companies, such as LocalBitcoins and OpenBazaar. Although the banker-turned-developer is not ready to disclose too much, he is teaming up with Morgan Crena, a developer and blockchain enthusiast, to successfully execute the project.

Since 2014, Venezuela has struggled to overcome a state of protracted economic woes. The repressive regime arrests people with discordant opinions. To date, the economic activities of the country have been stifled. This comes following the failure of President Nicholas Maduro to stimulate the local economy with viable economic policies. In a bid to turn the economic situation around, the country introduced its own cryptocurrency, the Petro, but things remain largely unchanged. While President Maduro blames the United States for complicity in its challenges, ordinary Venezuelans struggle to eat, compelling Wheeler to act.

The former Goldman Sachs staffer resigned in February to work on the most effective strategy for reaching Venezuelans. Wheeler further noted that he is also worried sick that the bitcoin-sharing move may have far-reaching, negative implications. With a team of 15 people, including a couple native Venezuelans, developers and Crena, they are developing an app, Azul, which will disseminate coins among the country’s citizens. “Azul App will run on lighting network,” Wheeler says. He also notes that the most critical part of the project is to have Azul run perfectly.

Aside from partnering with many Bitcoin companies on the critical project, the duo will be looking forward to liaising with the United Nations and the Human Rights Foundation. To perfect the Azul app, Wheeler is in talks over technical details of developing the app with lightening wallet developer, CoinClip. Other team members involved are developers Jimmy Song and Quentin Vidal.

In February, in an effort to raise some funds from venture capitals, Wheeler made a pitch at New York symposium. Although, Crena and Wheeler received advice from venture capitalists to launch an ICO instead. That was a suggestion Wheeler wouldn’t subscribe to. The duo strongly believes somehow they will get like-minded individuals to fund the project. They hope to push similar campaigns to other countries facing humanitarian crises.