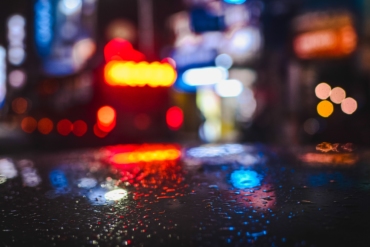 United States agencies have arrested and convicted a local Bitcoin seller who reportedly was making $300,000 per year selling crypto assets. The trader, 50-year-old Theresa Tetley, is under arrest for selling Bitcoin without registration from financial authorities. Prosecutors claim that Tetley operated a black market financial system in California and deliberately operated outside banking industry regulations.

Before the arrest, Tetley may have processed Bitcoin worth somewhere between $6 and $9.5 million. Reports say her operations ran through an online platform. She accepted the wrongdoing and pleaded for 1 year of imprisonment. Prosecutors disagreed and want her to remain behind bars for more than two and half years in federal prison.

Not The Only One

Tetley is only one of many local Bitcoin sellers who has been arrested for operating an illegal money transmission platform. Many are pleading guilty for trading bitcoin without the authority from regulatory bodies. Daniel Mercede was arrested in Ohio. Mercede was selling large amounts of Bitcoin oversees, yet he did not have a licensed platform to sell cryptocurrencies. Richard Petix was in New York selling Bitcoin without authorization before he found jail time for making false statements and illegal money transmission.

The biggest arrest this year was Morgan Rockcoons of Las Vegas for operating an unregistered Bitcoin selling company. His operation was running since November of 2016. He received charges for money laundering and unlicensed money transmission.

In the case of Theresa Tetley, the Attorney’s office asked for a forfeiture of the 40 bitcoins confiscated during her arrest along with the 25 bars of gold obtained from her premises.

Regulators in the United States are vowing to continue hunting for illegal cryptocurrency traders in order to reduce instances of money laundering or potential terrorism funding. However, the authorities say that curbing illegal trading of cryptocurrencies is becoming harder because there are traders forming closed Skype and Telegram groups where they operate from.

The other main challenge is the decentralized nature of cryptocurrency. This makes it almost impossible to trace these illegal traders. As Bitcoin continues to become more popular, cases of illegal trading, and also illegal activities, may increase greatly.