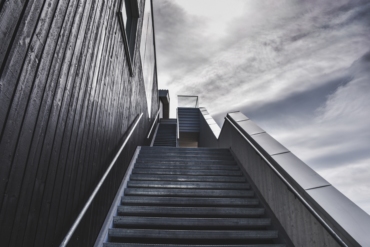 The headline reads: “SEC Names Valerie A. Szczepanik Senior Advisor for Digital Assets and Innovation.” The role is properly coined, “Crypto Czar,” by the greater blockchain and cryptocurrency communities online. The SEC press release states her role is to coordinate efforts regarding US securities laws as they pertain to ‘digital asset technologies and innovations.’ Naturally, this includes both ICOs and cryptocurrencies in general.

Ms. Szczepanik said, “I am excited to take on this new role in support of the SEC’s efforts to address digital assets and innovation as it carries out its mission to facilitate capital formation, promote fair, orderly, and efficient markets, and protect investors, particularly Main Street investors.”

Originally joining the SEC as a trial counsel in 1997, Szczepanik was responsible for lawsuits in administrative and civil matters. The majority of those lawsuits were related to insider trading. In 2013, she joined the SEC’s Distributed Ledger Technology Working Group. As a result of ICO craze beginning, she naturally lead many suits against crypto enterprises.

THE SEC’S STANCE ON CRYPTO

While this all sounds warm and fuzzy, in reality the SEC holds ultimate power to make or break crypto operations.

In some new comments from the SEC on June 6th of 2018, they said they are underwhelmed by the current status of the enthusiasm for regulatory structure. Many exchanges, reluctant to comply are, “trading ICOs that [we] think would see more registrations [to comply].”

Does this mean that the Wild Wild West is now over? Well, the fact that the U.S. Government is now making a very strong stance is a clear indicator that things are about to get messy. Additionally, appointing a Senior Advisor for Digital Assets and Innovation is a bold move.

Take Investopedia’s account of SEC Chief Jay Clayton’s stance in April of 2018, when he told reporters that most tokens were security tokens. This loosely translated that they were effectively stocks and fell into the wide regulatory umbrella of the agency. Also at that time, Coinbase received a huge slap on the wrist and started seeking legit broker-dealer status.

WHAT DOES COMPLIANCE MEAN

Not requiring much capital at all, crypto exchanges are easy to start. The lack of regulation or guidelines really lowers the barrier for entry by new players. Additionally, if you start to look at the kind of profits being made, you’ll quickly understand why these semi-legal risk takers are placing their bets. It’s like the gold rush.

It’s highly possible that with regulation increases, many of these exchanges will be seeing their doors close. No one knows what this will do to the prices of an already volatile mechanism of value. Furthermore, this does not even mention the gap in liquidity of shutting down an established exchange.

With investment firms concerned about the possibility that regulatory problems would stunt blockchain progress as an industry, the SEC is now also subject to unprecedented pressure to create fast solutions. Potentially, billions could be at stake at a yearly level.

What do you think will happen next?