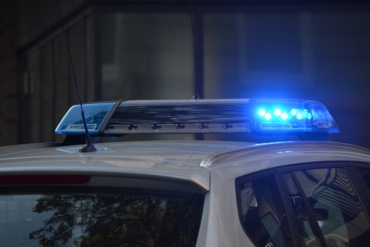 So far, we have followed and explained the BitConnect scam and its circumstances. Today, we bring you an update on the nefarious scheme.

Indeed, BitConnect is known to be one of the biggest scams in cryptocurrency history. Although the scheme has officially ended, it still generates lawsuits filed in the United States. To surmise, BitConnect has used celebrities to lure investors and then defraud them for enormous sums.

The Promoter Has Been Arrested

The head of the BitConnect India, Divyesh Darji, has been arrested in Delhi. The Gujarat Criminal Investigation Department (CID) picked him up on Saturday on his way from Dubai. The police nabbed him at the airport with the help of immigration officials.

His arrest comes months after the sudden end of the case. It seems that he was one of the last loose ends, as the police in India have been looking for him ever since they launched the investigation into the fraud.

Truly, this scheme has become one of the biggest frauds in cryptocurrency history. Somehow, Darji seems to have a finger in every crypto pie. Yes, the police also linked him to other virtual currency crimes in addition to BitConnect.

The Indian police released an alert notice that he was a wanted criminal. Airport’s immigration officials alerted the police of his whereabouts, according to the inspector at the CID in Gujarat.

Furthermore, the police say that he was on a flight coming to Delhi from Dubai. Prior to his arrest, he fled India. When his crimes were exposed, he relocated to Dubai. Darji’s arrest is the latest one, as a result of a series of police investigations launched to apprehend the fleeing members of the crypto plot.

In a press release, the police gave examples of how the defrauding scheme duped unsuspecting investors for tremendous amounts of money. The Times of India published the revealing interview. Most astonishing of all, CID Crime GDP, Ashish Bhatia, said that the crypto Ponzi scheme lured investors with a promise to pay a monthly interest of 60%!

According to the government, they initiated the measure, among other things, to crack down on fraudsters. Though, the policy backfired, fueling people’s interest in the digital currency.

Registered in the UK, BitConnect used its Surat office to defraud naive investors, resulting in millions of dollars worth of damages.