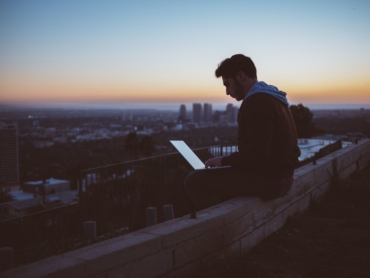 After a banner year for Bitcoin, Ethereum, and other cryptocurrencies that saw massive investment from private citizens, corporations, and countries, a rising public profile, and skyrocketing prices, crypto enthusiasts got a harsh dose of reality toward the end of 2017, as the price of Bitcoin and many altcoins (coins other than Bitcoin) plummeted sharply. This cryptocurrency dip continued through January, although prices somewhat stabilized. Here’s what to learn from this dip in prices, whether you’re a crypto investor or just an interested observer.

Bitcoin Isn’t as Independent from Other Markets as It Purports to Be.

One of the major selling points of cryptocurrencies is that they are decentralized, operating via a globally shared blockchain instead of any central bank. In theory, this would make them impervious to problems in other markets. But, as we’ve seen from cryptocurrency dip as the stock market sharply declined, this isn’t the case. Cryptocurrencies are strongly linked with traditional stocks, for better or worse.

Economists have warned that cryptocurrencies are extremely volatile, meaning they’re subject to major changes in value at any time. On the positive side, this means we see major booms like the ones that occurred earlier in 2017, but on the negative side, it means that at any given moment, the floor could fall out. This is likely to be a consistent feature of the currencies in the future.

As Bitcoin Goes, So Go Altcoins

There are now over 1,300 altcoins presenting alternatives to Bitcoin. These grew in popularity in 2017, as huge short-term gains became attractive to many people. Many of these currencies made Bitcoin look stagnant by comparison. Though, when Bitcoin started its sharp decline, so did nearly every altcoin. While having a diverse portfolio isn’t a bad idea, placing all of your money in altcoins won’t save you from fluctuations in Bitcoin’s price. At least for now, Bitcoin’s success or failure determines the success or failure of altcoins as well.

If It Sounds Too Good to Be True, It Probably Isn’t True

This lesson doesn’t necessarily apply to Bitcoin or crypto as a whole. Although, Bitconnect, a site where users could loan their crypto to the company for “guaranteed” returns, was a definite case of extravagant promises that ultimately couldn’t be backed up. The site incentivized users to refer others, giving them bonuses when other people invested using their referral codes. Consequently, this lead to thousands of social media users pushing each other to invest. Sound familiar? That’s because it’s a classic pyramid scheme. Bitconnect attracted scrutiny from crypto’s biggest names, like Ethereum founder Vitalik Buterin. When the company announced it was suddenly shutting down, refunding users in its BCC token (which were rapidly becoming worthless), it became apparent that the emperor had no clothes.

Only Bet What You Can Afford to Lose

The saddest part about the cryptocurrency dip has been seeing people who invested huge amounts of their savings in crypto bemoan their sudden poverty. Especially for people who bought in when the market was nearing its peak, these losses are almost unquantifiable. The lesson here is to never invest more than you can afford to dispense with.