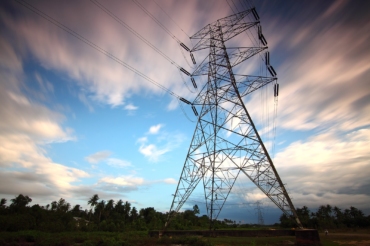 Bitfarms, one of Canada’s leading mining firms, says that the major challenge they face is power. However, the firm says that they have been able to secure cheap renewable energy, giving them a competitive edge. The renewable energy source is in Canada and it is critical to the mining activities of the company. As a result, the company states that it costs them $1,567 USD to mine 1 bitcoin (BTC).

Bitfarms, which is listed on Tel Aviv Stock Exchange, released a consolidated statement ranging six months, ending June 30th, 2018. From the statement, the company appears to be not doing so badly as their records clearly show. The breakdown shows that they mined 1,923 BTC, 220 DASH, 3,324 LTC, 2,222 BCH, and 567 ETH within a six-month period. Interestingly enough, the statement says that it costs Bitfarms Technologies Limited $1,567 USD to mine a single bitcoin.

Looking at the financial highlights of the months under review, Bitfarms has performed relatively well. Eye-catching financial aspects include operation segment revenue which is $21.1M USD. Also, gross mining profit stood at $17M USD, and gross profit of $12.3M USD. Others include operating income of $8.1M USD, EBITDA ended at $13.9M USD, and net income of $6.2M USD.

Achievement in the Period under Review

Also, Bitfarms completed the acquisition of a company that will expand its mining capacity. The company has 40 specialists trained in building a robust infrastructure for ASICs and computing centers. With 6,500 ASICs operating at Quebec, the new company now boasts the capacity to deliver 91% PH/s of hash power.

Additionally, in an effort to expand its energy capacity, the leading Canadian mining company acquired industrial properties and lands in Sherbrooke, Quebec. The company says that it is considering building a mega-facility. To add to its many acquisitions, Bitfarms successfully acquired a 98MW plant to power its operations. In precise terms, the plant will enable the mining giant to expand its mining capacity to 5 times the present capacity.  In addition to the existing power infrastructure, Bitfarms has completed the new 10MW facility in Quebec.

Bitfarms’ CEO, Wes Fulford, in a press release says that the company is elated because of the progress they have made thus far. He disclosed that the company has achieved some of their initiatives in clean energy generation. Fulford also disclosed that Bitfarms has shown positive signs in the last six months in operations in the area of revenue generation. He pointed out that they have become successful despite widespread reports of industry downtrend.