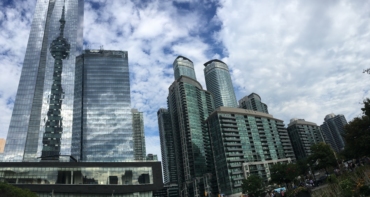 The government of Canada, through its crypto regulation agencies, released an official draft on new rules affecting cryptocurrency exchanges and payment processors. The draft states the new regulations address several deficiencies outlined by a report from the Financial Action Task Force (FATF) after their evaluation in 2016. The new rules also equip the country’s Anti-Money Laundering and Anti-Terrorism Financing Regime with more power.

The draft indicates that cryptocurrency exchanges and payment processors will receive treatment as money service businesses. In turn, this will require exchanges to report large transactions, especially sums over 10,000 dollars Canadian. The exchanges will also have requirements to adopt the Know Your Customer system with a threshold set at $1,000.

Additionally, the draft speaks on cost-benefit analysis and thatregulations will cost $61M CAD over the next decade.

So far, the regulations are receiving mixed reviews and reactions. Francis Pouliot, founder of Catallaxy, a blockchain consulting firm, tweets, “New requirement: “Large Virtual Currency Transaction Record” means businesses required to ask for and keep details of every transaction over $10,000, like large-cash transaction reports. That’s going to be extremely difficult and invasive to implement. I will object to this.”

The FATF is an intergovernmental organization responsible for the development of policies to reduce or end money laundering. The organization’s draft is not yet legally binding, but according to the latest version, Canada is thinking of implementing the regulations because it believes they will create a positive impact in the country’s worldwide reputation and reduce criminal activities associated with cryptocurrency.

However, these implementation will not go without a fight from the exchanges. The $10,000 limit is too low for many exchanges seeing that they receive transactions worth millions of dollars. Furthermore, by keeping the records, investors could lose confidence in these exchanges for giving authorities their financial information. Cryptocurrencies are meant to be decentralized. By sharing a customer’s information about their transactions, it means it is growing a centralized nature.