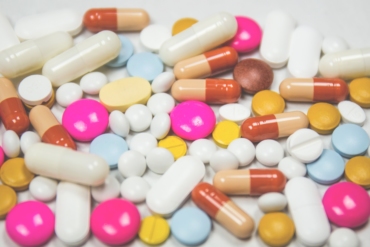 More companies are adopting blockchain as their base system for operation, though most are at their testing phase. This is appearing in quite a number of major corporations. Merck, a pharmaceutical leader, is another applying the technology. The company filed a patent with the US Patent and Trademark office that came to light on June 21st, 2018. The patent, made in December 2016, seeks to use blockchain in the chain of drug manufacturing and distribution. Conseqeuntly, the tech will help curb counterfeiting and illegal trafficking.

One of the biggest challenges in the health sector is the recent rise of counterfeit drugs. They are causing deaths and a whole horde of problems for users. This prevents the right drugs from reaching people that are in dire need of them as well as loss of revenue for the pharmaceutical companies. The much awaited platform is far off from implementation, but will be a serious change of pace for all involved.

Blockchain To Help All Parties

The improvement in the health sector using blockchain will also improve the relationship between the manufacturer, the doctor, and the patient. One will be able to trace the drug right from the manufacturers, to the doctor, and finally to the patient. The doctor will also be able to verify the drugs for the patients, making sure that they are getting the value for the money. The platform will also prevent deaths caused by the unscrupulous middlemen that are after making money. The chain will also eliminate expired drugs from stores through counter-checking from a number of available sources.

The blockchain technology will also aid in the verification of the drugs through the relevant bodies. The information will be available to the client or patient whenever the platform is available. Governments are currently experimenting with blockchain, looking to improve their services and also open up e-commerce in unimaginable proportions.

China is one of the leaders in executing bills based on blockchain, followed by Malta, who recently tabled and passed 3 bills endorsing the use of the technology and digital currency in the country. Financial institutions, like the Bank of England, are also heavy vested in ensuring that they take advantage of blockchain tech as a means of remitting RTGS payments.