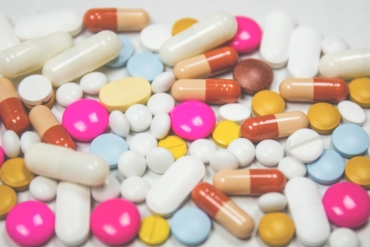 In November 2013, the U.S. Congress delivered an important statement to entities engaging in the fake drug business. The Drug Quality and Security Act (DQSA) came into force to establish national licensure standards. However, the problem is rampant both in the U.S. and the world over. The problem is more rampant in India which produces around 35% of global fake drugs, per the World Health Organisation. However, there is a collaborative effort that seeks to leverage blockchain’s public ledger to tame the problem.

Early this year, Factor Daily reported plans of the Indian government to crack down on the counterfeit drug supply system. Facilitating the fight is the National Institute of Transforming India (NITI Aayog). This government think tank is working on a proof-of-concept (PoC) that will provide the fake-drug fighting solution. According to the local publication, the PoC might be ready to go live in 2019.

The Methodology of the Solution for the Fake Drug Problem

Although the solution is not yet complete, the concept of how it works is that it runs on a blockchain’s distributed ledger. Importantly, for effectiveness sake, all stakeholders in the drug business will have to be on a blockchain network. Drug containers will carry serial numbers which will carry all of their information. In addition, the packaging material will also have serial numbers embedded in them. Along the supply chain, special QR code readers will scan the serial numbers and send data to the blockchain network. A record will occur at every point, from the manufacturer to the retailer.

With the help of smartphone apps, consumers will also be able to scan the codes to ascertain their authenticity. Scanning the code will show the “manufacturing source and the entire history of the supply chain process.” Once sold, the code on the drug bottle “gets irrevocably audited on the blockchain” to prevent duplication.

The Blockchain’s Distributed Ledger Will Save Both Lives and Profits

Obviously, many stakeholders have shown their appreciation for such a great strategy by the Indian government. Commenting on the issue, Secretary General of Indian Pharmaceutical Alliance, an industry lobby, DG Shah said,

“Fake drugs are a concern and if blockchain can help the industry get rid of the problem we are up for it. If the government is willing to consider it that is an additional cost and compensate it, the industry will have no objection.”

Undoubtedly, the success of the blockchain’s distributed ledger will save a lot of revenue losses for pharmaceutical companies in India. More importantly, the health of Indians will once again not be compromised by the fake drug business.