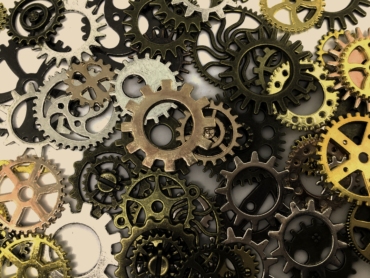 Blockchain-powered vending machines are slowly cropping up and providing a clear impact the revolutionary technology could have in the future. Civic, a company that develops solutions for controlling and protecting identities with blockchain technology, has teamed up with Anheuser-Busch InBev for the construction of a beverage vending machine.

The blockchain-powered vending machine is to make its debut at Consensus 2018, a conference dedicated to blockchain innovations. The machine will roll out 600 free beers a day at the conference. In the machine, the Civic app. will police and confirm the verification of customer’s age before surving the alcoholic drinks.

It is still unclear how the vending machines will be able to verify people’s age. Currently, government-issued identifications are normally used in case of suspicion. One possible way is to provide a portal that would be able to read identification cards for verification.

The vending machine will not store customer’s information as its design will help maintain the highest level of privacy. It is also unclear whether the machines will ever go on sale. The developers have only developed a prototype that they intend to provide for testing at the conference.

“We’ve been thinking about practical ways of bringing crypto technology to a more mainstream audience, and how can we go so niche that it’s so easy to understand for a regular individual. Proof of age seemed like the best low-hanging fruit,” Civic said in a statement.

The unveiling of the vending machine underscores the kind of impact the emerging technology could have on various industries going forward. There is also talk of decentralized internet. Programmers are currently working on platforms for distributing various function over nodes that increase resiliency on the web.

Blockchain technology is finding use developing distributed cloud storage. The aim is to reduce reliance on servers offered by centralized companies, where personal information is usually vulnerable. The technology could also find use in the future to power social networks as an alternative to current systems that are prone to censorship.

The technology could also find use in the future to settle transactions in the stock market that usually takes 2-3 days. Trading stocks on the blockchain will also be cost effective. Additionally, blockchain voting could become a reality since the technology is verifiable which allows for auditing.