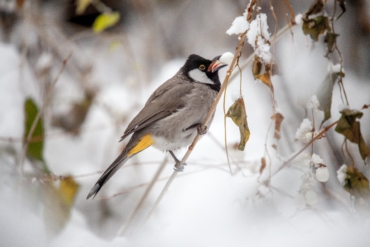 The Belgian based think-thank, Bruegel, suggests that the European Union should adopt union wide rules and regulations on digital currencies.

Bruegel wants the EU to scrutinize how crypto units operate within European Union territory; this comes after numerous interests from international digital currency organizations in the EU.

Bruegel is a non-doctrinal and independent organization specializing in Economics within Europe. It began operation in the year 2005. The organizations’ aim is to improve the quality of economic policies through analysis and fact-based research.

This think-tank is open to more than just governments of EU member states; international institutions and corporations also participate in this organization’s events.

On September 6th, 2018, Bruegel released a report titled, “the economic potential and risks of crypto assets: is a regulatory framework needed?”

Said report focuses on how the think-tank assessed and analyzed the financial potentials and risks associated with digital currencies.

An informal meeting of the EU finance and economic ministers takes place once a year. This year’s meeting will take place in Vienna, Austria.

The gathering comes after the Eurogroup meeting; this is the meeting between member states that make use of the Euro. The informal meeting between financial and economic ministers took place on September 7th and 8th, 2018.

Bruegel prepared its publication for presentation to EU finance ministers during its meeting on Friday and Saturday.

So far, European Union authorities have had somewhat of a lackadaisical attitude towards regulating crypto related activities within the Union. Most experts attribute this to the relatively small size of the industry within the Euro.

Moreover, the recent move by one of the world’s largest crypto exchanges, Binance, from Hong Kong to Malta has begun a trend of crypto organizations moving to smaller European countries.

Bruegel suggests controls similar to those currently in effect in China. In conclusion, many experts feel like the think-tank is only echoing the thoughts of millions of people across the EU.