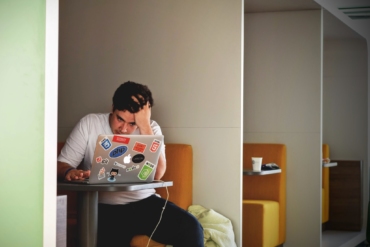 The United States Federal Trade Commission (FTC) has noted that Bitcoin blackmailing scams targeting cheating husbands are on the rise. The commission is now attempting to stop the blackmail scams by advising people via its website. The FTC posted one of the blackmail notes, which stated, “I know about the secret you are keeping from your wife and everyone else. You can ignore this letter, or pay me a $8,600 confidentiality fee in Bitcoin.”

These blackmail notes do not specify the type of the secret, which is the common tactic used by scammers. They tend to generalize the notes and then send them to different people so that they can get the better of a person who has a guilty conscience. Most of the guilty people pay the sums of money not knowing that the scammer sends the message to thousands upon thousands of people.

In January, there was a similar blackmail which targeted people using the US Postal Service. These scammers accused the targets of having affairs outside their marriages. The scammers know very well that at least one out of 5 spouses have affairs outside marriage.

These scammers are only targeting men and include threats and intimidation so that people will pay them. The FTC has asked people to avoid sending their details to strangers. They also went ahead to advise people to identify people or organizations involved in this scams. The FTC wants people to seek guidance from those they trust before opting to send money to anyone. Furthermore, they are advising potential victims to sign up for the scam alert email service, which is offered by the organization at no charge.

The Commission added that crypto blackmail scams are likely to rise. A good example is one which was reported in Hawaii. It threatened to disconnect people’s utility services if they failed to pay. A South Korean billionaire lost more than $2.3M USD worth of Bitcoin (BTC) in a similar scam. It’s very important to stay alert since these scammers are changing tactics on a daily basis.

Recently, a group of crypto companies formed a cryptocurrency community watch which will be offering a 100 bitcoin reward to whistleblowers. The group wants people to report crypto scams for a reward in order to reduce the frequency of these scams. Crypto crimes are very hard to identify because payments are highly anonymous. That is the main reason these criminals opt to be paid in Bitcoin or other digital currencies.