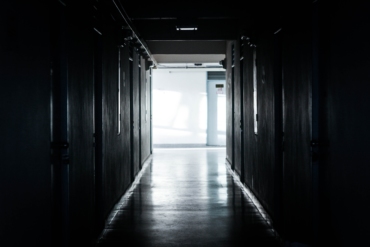 Despite the campaign to enlighten people on crypto-related scams, they keep falling for them. Consequently, crypto con artists are having a field day duping people. Well, a new report from cyber security firm Kaspersky Lab says that cyber crooks scammed people to the tune of $2.3 million in the second quarter. Obviously, their businesses are really paying off.

Kaspersky Stopped Many of Them

Kaspersky Lab has always been in the vanguard of preventing cyber incursions on people’s wallets and exchanges. Now, the Moscow-based firm disclosed that it averted over 58,000 attacks. Kaspersky Lab says that it was able to achieve that by preventing users from visiting fraudulent sites.

Also, between April and June, many fraudulent wallets were advertised. Kaspersky ensured that novice investors didn’t visit them. As a result, the firm was able to stop over 60,000 possible cases of crypto-related exit-scams.

Additionally, the firm used its system to prevent some 107 million attacks. Kaspersky Lab says that number is 17 million more than that of Q1, 2018.

Well, Kaspersky Lab noted that the commonest way of stealing cryptocurrency is phishing. Indeed, the company reveals that the attackers imitated known sites and individuals, asking victims to send their cryptocurrency to them.

Deductions From the Trend

According to Nadezhda Demidova, lead web content analyst at Kaspersky Lab, the permanence of the crypto crooks signifies something. Demidova observed that it simply means that more people are joining the industry every day. Sadly, they are getting defrauded of their digital currencies.

In a bid to stem the frequent crypto fraud tide, Kaspersky Lab has spearheaded an investor enlightenment campaign. In such programs, the firm demonstrates the risks that the global cryptocurrency industry is exposed to. Giving more details, the cybersecurity firm says that scammers rear their ugly heads mostly in South America and Asia.

Going by percentage distributions, Brazil has 15.51% of phishing attacks in all. Occupying a prominent position on the list is China, maintaining second position. Others are Georgia with 14.44% and Kyrgyzstan 13.6%. Finally, according to the figures that Kaspersky Lab released, Russia comes in with 13.27%.

Which Virtual Currency is Most Used?

If you ever thought it would be Bitcoin (BTC), then you would be wrong. It is Ethereum (ETH), Kaspersky Lab says. The company noted that the cyber criminals use thousands of ETH-addresses to lure people into sending their tokens to the addresses.