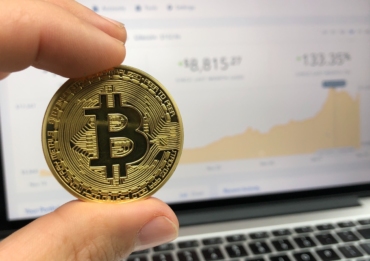 A hash rate means the speed at which any cryptocurrency mining device operates. A higher hash rate will increase your chances of getting the next block. Thus, it would allow you to accrue the reward.

The steady increase in the hash rate of Bitcoin shows that investors are happy with the dominant digital currency. The COO of Australian-based crypto trading platform Blockbid, David Sapper, affirmed this notion.

Why The Bitcoin (BTC) Hash Rate Is Rising

Moreover, the investors have an unshaken belief that the cryptocurrencies in the market will recover from their previous states in the future. However, the total market capitalization of the digital currency market dropped by more than 78% in recent times.

In the same vein, the chief executive officer of Genesis Mining, Marco Streng, has a different opinion. He affirmed the fact that the increase in the hash rate showcases the rapid growth of the international mining community. With this, Samsung and Bitmain, the key players, have deployed more effective devices and mining equipment on a regular basis.

Streng emphasized that many efficient cryptocurrency miners, who usehighly advanced mining equipment, have enough resources to engage in mining. Fortunately, the big boys have enough space and adequate capital to compete against non-performing miners in the industry.

He concluded by stating that, “There are still major expansions happening, especially from more efficient miners. The expansion is so big that it compensated for the drop-out of not-so-efficient miners.”

Looking Into The Future Of Bitcoin

Generally speaking, the future is optimistic.

The Sapper and Streng analysis suggested that rapid growth is one of the key factors responsible. They also confirmed that the expansion of the Bitcoin mining community propelled the increase in its H-rate.

The investors in the crypto market are operating under the assumption that the big assets will recover from their declines. Hopefully, this will happen much sooner than anticipated