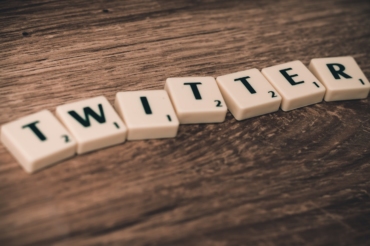 CoinShare, a UK-based crypto product and research firm, has sued Bitcoin (BTC) in order to acquire a “new narrative” that will propel consumer interest and drive its price to a whole new high. To this end, CEO Ryan Radloff explained how BTC could copy the trajectory of successful brands such as Microsoft and Amazon.

Yes, Radloff picked out those two because their shares crashed in the year 2000, but skyrocketed later, breaking new records over time.

Radloff Has An Interesting Question

In his stream on Twitter, Radloff wondered why it took some viable companies a while to reclaim high valuations from the year 2000. Guess what, he doesn’t need anyone to come forward with the answer as he has everything figured out. In response to his own question, Radloff said that they needed a new narrative. In a seemingly philosophical post, he pointed out that it‘s harder to see a “growth story” while coming from great heights. He added that most people are investing in the growth story.

Also, Radloff related his post to the recently shared opinion by Meltem Demirors, the chief strategy officer at CoinShare. Last week, Demirors used the same Amazon-Microsoft analogy in her defense of Bitcoin (BTC)’s potential in making it to the mainstream. In an interview with CNBC, she maintained that price is in every sense of the phrase – an imperfect metric.

No doubt, the volatile cryptocurrency market has sparked a heated debate both in the media and elsewhere. In August, the argument reached an impasse when the price of BTC settled at $6,504 USD. While many analysts believe that institutional investors will change the equation, others argue that regulated Bitcoin ETF may derail the ecosystem. In the heat of the moment, Radloff has an entirely different opinion about the institutional investors in the cryptocurrency space.

The self-opinionated chief executive says that those behind the institutional investors’ argument are missing the point. He posited that institutions will create and drive new layers of access. And in doing so, they will bring about more liquidity to the system. But the idea that they could potentially trigger the next bull run rings false considering the growth cycle that pre-existed their arrival into the system.

Of course, Radloff had a lot of explaining to do, and he was prepped for it. He contended that assuming sandbox members have 99 million consumers in need of virtual currency, and each of them is willing to put the equivalent of £100 into BTC, then the members will suck up more than half the unmined supply, representing 1.9 million Bitcoin (BTC).