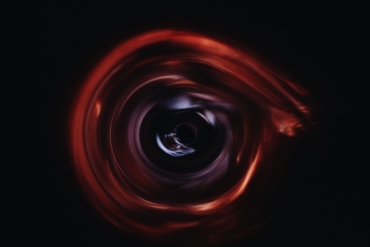 With continued drop of Bitcoin’s (BTC) price, one may expect its mining to slow down alongside. Surprisingly, that hasn’t been the case. So, the nub of the matter is that falling prices and the corresponding increase in hash rate shows that the economics of virtual currency is complicated. Rising hash rates means that BTC mining is still a profitable activity for miners to dig harder. Well, the implication is that it defies the speculations that break-even prices have dropped.

What Does All This Mean?

Experts believe that it represents how sophisticated BTC mining is after rallying last year to about 1,400%. Indeed, this non-correlation between the two activities explains why many miners are getting involved in the activity.

What is more? While more miners are using speedy chips to mine in places with cheap power, others don’t mind mining in weird places. Recently, we reported how a varsity graduate mined BTC from his dormitory as an undergraduate.

Sure, a common BTC mining trend now is that the big miners are edging out the small players. As these big players are expanding, they are kicking the amateurs out of the league.

And one expert, Marco Streng, CEO of Genesis Mining, told Bloomberg that such expansion is big enough to make up for the amateurs lost.

Ideally, new BTC is created when nodes solve complex puzzles. This process known as mining tends to consume a lot of computing energy and requires computers with high processors too.

Consequently, special computers are designed for it, and the activity is practiced in places where electricity is relatively cheap. When nodes solve these puzzles, they are rewarded with BTC.

The Demand For Fast Computers

Understandably, miners are always seeking better ways to stay ahead in competition. This, they achieve, when they use topnotch technology for mining activities.

As a result, mining firms like Bitmain and Bitfury have become key customers to semiconductor giants such as the Taiwan Semiconductor Manufacturing Co. and Nvidia Corp.

While price increases have coincided with hash rate in the past, the relationship isn’t the same anymore. Capacity expansion has increased computing power. These are sunk costs that miners have to deal with. Because of that, there is an increase in prices.

Since the advent of virtual currency, analysts have tried to calculate miner’s break-even price. On their part, bullish research firm Fundstrat Global Advisors kept it at $8,000. Though, crypto-asset manager Coinshare researchers say that BTC miners will bubble under the radar with average marginal cost of BTC pegged at $6,400.