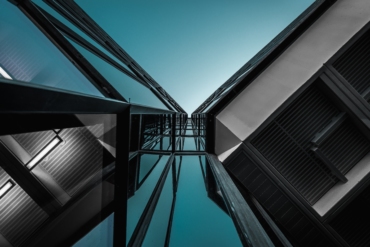 The Cardano (ADA) founder and Ethereum cofounder, Charles Hoskinson, is leaving an indelible mark in the cryptocurrency world. Looking at his portfolio, Hoskinson started by co-founding Ethereum. Its native token, Ether (ETH), is the second biggest by market cap after Bitcoin. He also established IOHK (Input-Output Hong Kong), and is the developer of Cardano (ADA). Indeed, it is safe to say that Hoskinson played a crucial role in giving the blockchain industry a sense of direction. In this exclusive interview, he gives insight into Ethereum Classic (ETC), his accomplishments in the crypto industry, and everything inbetween.

In the interview, Hoskinson gave his opinion about the ETC, a hard fork of Ethereum. This hard fork also led to the creation of Cardano (ADA). After an unceremonious exit from the group that developed ETH, he joined another group in 2016, the creators of Ethereum Classic. His key role was to guide the group in developing what would later become ETC.

He told the interviewer that he showed a lot of commitment to the Ethereum project, but needed to walk away. Hoskinson disclosed that he preferred ETC to ETH for a reason he didn’t specify. He nonetheless admits that the experiences from working the two projects helped him in setting up ADA. Hoskinson later posited that cryptocurrencies should focus on scalability, a feature that ADA invests a considerable amount of energy, time, and effort in. He added that apart from scalability, the ADA team puts serious effort into a high TPS number. Additionally, they work hard to increase the customer base.

Hoskinson remains cynical of the moves made by the teams behind the two major cryptocurrencies. For instance, in May, he criticized the strategies in use to maintain the two coins as leading cryptocurrencies. He called them worthless currencies (as was reported in some media houses).

In this interview, he also criticized the two cryptocurrencies in different ways. Speaking further, Hoskinson said that over time Bitcoin is proving to be a miserable failure. While criticizing Ethereum, he noted that it claims to be a world computer, but that CryptoKitties is performing more notably.

Cardano (ADA) is a decentralized computing platform that supports blockchain-based ADA cryptocurrency. Developed by IOHK, ADA has a market cap of $3.67 billion. It is selling around $0.1417 with a supply of 45 billion coins. Initially released in September 2017, ADA’s circulation is about 25.9 billion coins.