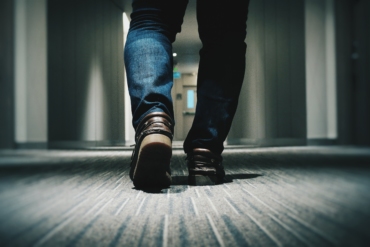 Ethereum (ETH) blockchain offers smart contracts which enable developers to achieve whatever they want to. Today, the Ethereum Network isn’t just one of the predominantly used platforms; its smart contracts are also by far the most popular. Yes, it’s having a field day without a major challenger.

Indeed, Ethereum has become the most sought-after tool among developers because its smart contracts allow them to do just anything. From banking services to engineering, real estate to sales, ETH smart contracts are deployed to disrupt how these fields function. Hey ETH, thank you very much, but ADA is about to introduce a paradigm shift.

Cardano Is About To Disrupt The Banking Smart Contracts

Well, the platform developed to take the place of ETH is at it again. This time, they are introducing smart contracts that will kick out ETH’s financial smart contracts. Guess what the name is… Marlowe. From all indications, Marlowe is set to kick ETH smart contracts into obsolescence. Yes, that’s the dream of the team at IOHK, the developers of Cardano. The IOHK team seems to be putting their money where Marlowe is. Indeed, they are making a lot of promises. We’ll break down all the IOHK team is aying about Marlowe shortly.

Meet Marlowe, your darling smart contracts written with a domain specific language (DSL). It has one objective: execute all financial contracts employing the Peyton Jones style. Again, while using Peyton Jones style, don’t fail to use the relevant styles of other blockchain researchers.

No doubt, that’s the simple instruction dished out to the program. What’s more? Marlowe is modeled to assume the pattern of algebra in Haskell, but not without executable semantics.

What Specific Role Will Marlowe Play?

Without mincing words, Marlowe will take the place of escrow, shattering the existing escrow framework in the financial services industry. To all the bankers reading this piece, Marlowe is coming for you. Don’t sweat it; Marlowe is not coming to take your job, but to make it a lot easier. True, it will redefine the escrow framework.

Here’s the thing: for anyone to enjoy all the goodies Marlowe has in store for the users, they must surmount a hurdle. Wondering what hurdle that is? To do that, you must understand how smart contracts work. Yes, that’s the message from the edgy team behind Marlowe. There’s no gain saying that Marlowe is bringing competition to the doorstep of the as-is financial services industry. So, key players in the sector should get ready for it!