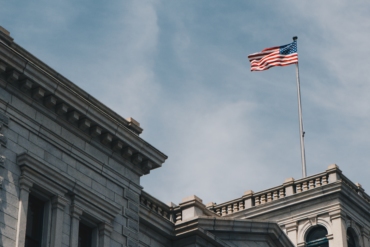 The CFTC Division of Enforcement’s new Virtual Currency Task Force is tasked with tackling fraud cases that feature virtual currencies. The recent case of Coin Drop Markets (CDM) is one such example.

CFTC, officially known as U.S Commodity Futures Trading Commission, is an independent agency of the United States government. It began operations after its formation in 1975.

On August 23rd, 2018, Judge Jack B. Weinstein of the U.S District Court for the Eastern District of New York released court findings after a four-day bench-trial.

Judge Weinstein found that McDonnell and Coin Drop Markets engaged in a fraudulent virtual currency scheme that successfully convinced customers to send both money and virtual currencies to CDM.

The money was supposed to be used to trade in virtual currencies on behalf of their customers, under McDonnell’s supervision. McDonnell and CDM also promised to provide customers with expert virtual currency trading advice and guidance.

According to the court, McDonnell and CDM misappropriated customer funds in what the court called, “vicious defrauding of customers.”

The court specified that from January 2017 up until July 2017, McDonnell and CDM successfully ran a deceptive scheme that promised to trade in cryptocurrencies on behalf of customers while providing them with expert cryptocurrency trading advice.

As a matter of fact, the expert cryptocurrency advice promised was never provided to customers.

Efforts to Conceal the Fraudulent Scheme

Shortly after receiving money from customers, McDonnell and Coin Drop Markets pulled down their website and social media materials from the web. They did so in order to conceal their activities. Furthermore, they cut off all communication with their customers.

The customers lost all or most of the money they invested into CDM, due to financial fraud and misappropriation on CDM’s end.

The court requires both CDM and McDonnell to pay $290,429.29 in restitution to customers and an additional $871,287.87 in civil monetary penalties.

The Federal Court’s final judgment mandated life-long trading and registration bans on the three defendants, as well as enjoining them from further financial regulations violations as charged.

The CFTC isn’t very optimistic about the repayment of funds to victims. They cautioned that their order might amount to very little, due to the fact that the defendants may not have sufficient funds or assets to repay their debts.