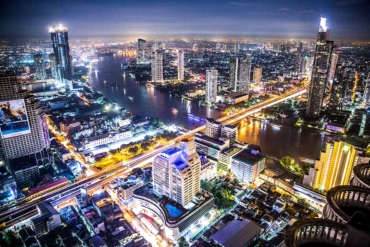 Well, the Crime Suppression Division (CSD), a department of the Thai police that handles technical crime investigation, is currently in charge of the case. The CSD said that the ringleader is still at large.

Also, the police disclosed that Suphitcha Jaravijit, 32, the actor’s elder sister, turned herself in Wednesday to face police prosecution. However, she blamed her other brother, Prinya Jaravijit, who is believed to have fled to the U.S., for everything. While the whereabouts of the fleeing man is unknown, the CSD says he is the mastermind.

Update On The Family

While making a confessional statement, Suphitcha said that Prinya talked her into being part of the fraud. Consequently, they wired the sum of 200 million baht to her account.

Well, the CSD has charged the three siblings for money laundering. Additionally, the CSD says that they are beaming their investigative searchlight on every member of the Jaravijits, including their parents.

When relating some of the statements the suspects gave, the police said that Suphitcha denied any knowledge of the source of the money.

What’s more? She said she was hoping to transfer the money back to her brother, all while maintaining her innocence. With a bail bond of 2-million baht, the Criminal Court released her on bail, banning her from traveling overseas.

Apparently, the police weren’t done with the family. The thing is, they disclosed Wednesday that they have fresh evidence and want to arrest more members. The CSD says that the funds were distributed among the family members.

Just like Suphitcha, the actor is also accusing his elder brother of getting him into the mess. Jiratpisit claims his brother moved the stolen funds into his bank account without his consent.

Well, the police said that the four suspects received huge amounts of money varying in size.

The victim, Aarni Otava Saarimaa, told the Thai police that his Bitcoin (BTC) was stored in his crypto wallet. Though, the suspects secretly siphoned it, stealing his BTC while they left him with some Dragon Coin. Saarimaa became apprehensive when he neither got any dividends nor an invitation to a corporate board meeting.