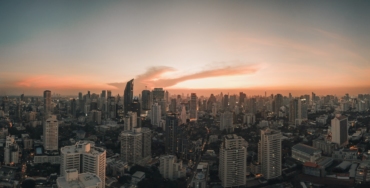 We broke the news of a 797 million baht ($24 million USD) Bitcoin (BTC) fraud in Thailand. Today, we are bringing you an update on the matter as the Thai police have charged the suspect to court. With the trial begnining, we will keep you up to speed with the latest development as the drama unfolds.

Last Wednesday, the Thai police issued a statement on the case. Well, the case is even more complicated than we thought. According to police reports, an investor and employees of three banks are suspected to have participated in the fraud.

The case, which involves millions of US dollars, is also connected to a Finnish investor, Aarni Otava Saarimaa, Thai police say. They also disclosed that they’ve picked up a suspect, Prasit Srisuwan, an investor in Stock Exchange of Thailand (SET).

Which Banks Are Potentially Complicit In The Matter?

Siam Commercial Bank, Bangkok Bank and Kasikornbank are the banks under the scope. The police say that the major roles of the various banks were mainly processing the transactions of the fraudulent cash.

According to Thai financial regulations, bank employees are supposed to report financial transactions up to 2 million baht or more. Though, the police say these staffers failed to report these transactions, suggesting that they are also accomplices.

Were The Bank Employees Reporting It?

Explaining further, the police says that bank staffers have violated an anti-money laundering law. Apparently, the investigation unit head says that the employees of the banks were meant to report to the Anti-Money Laundering Office (AMLO) whenever a huge amount of money was being transacted.

Briefing journalists, the police say that the funds have wired to many businessmen and others, including Thai actor, Jiratpisit “Boom” Jaravijit. Srisuwan is seeking to settle with the victims for swindling them of 66.5 million baht for shares purchase.

He is also offering to buy the shares as promised to avoid police prosecution. So, there are 51 suspects in this case, but the anti-fraud agency has frozen all their accounts, police say.

What’s more? The fraud made headlines when Saarimaa, a Finnish investor, and his business associate, Ms. Chonnikan, reported it to the police. The victims said they thought they had successfully bought shares in three companies, but became worried when returns weren’t forthcoming. Additionally, they hoped to reinvest the gains in a casino business.