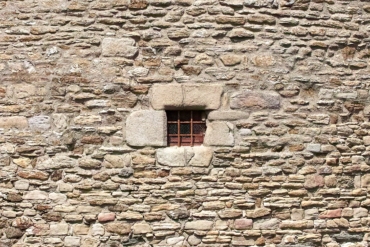 Thai police are reportedly detaining Jiratpisit Jaravijit, a Thai movie actor, for allegedly swindling unsuspecting investors. His alleged scheme is in the sum of $24 million in Bitcoin (BTC). Jaravijit, 27, is potentially one of the masterminds of a seven-man gang involved in the crime. Just like a typical family affair, Jaravijit’s brother and sister, who are still at large, played crucial roles in making the fraud a roaring success.

On July 26th, a Thai criminal court issued the warrant of Jaravijit’s arrest following complaints from a Finnish victim, Aarni Otava Saarimaa. His complaint was that the suspect lured foreigners into the BTC scam and later defrauded them to the tune of 797 million baht (roughly $24 million USD). As a result, the Thai police picked Jaravijit. He is already facing money laundering charges.

Details Of The Fraud

According to local media reports, Jaravijit and his cohorts egged on the victims to invest in a cryptocurrency business, Dragon Coin. However, after the investors funded the project, they did not receive invites to the shareholders’ meetings nor their dividends.

This, however, raised the suspicion that the issuers were insincere with the project, prompting the investors to raise a scam alarm to Thai police. When Saarimaa approached the court, he said that the actor was targeting mostly foreigners in his business scam. Investigators, however, told the media that the actor and his gang acquired the BTC, converted it to local currency, and shared it according to an agreed percentage.

Cryptocurrency Fraud Is A Trend Among Celebs

Celebrities are increasingly becoming the most attractive people for exit-scams in Asia and elsewhere. The reason may be because of the love and confidence their fans have in them. Though, that’s not to say they are always insincere. Indeed, genuine companies use their faces for local media advertisements, most especially billboards and handbills (as brand ambassadors).

Previously, we reported the case of popular U.S. rapper, The Game. He was potentially involved in a scandal involving a multi-million dollar ICO he boisterously promoted on Twitter. Additionally, there was Indian filmmaker Amit Lakhanpal. He took to his streets on learning that the police busted his $75 million exit-scam.