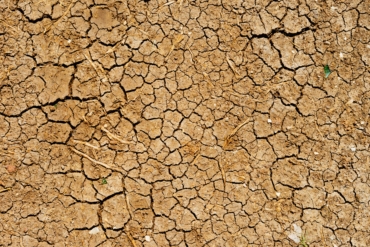 The Indian state of Gujarat is home to a growing number of Bitcoin (BTC) scams. Well, this scam case is no different from others springing up in India recently. In February, property developer Shailesh Bhatt complained that local police abducted him. To regain his freedom, he paid a 200 BTC ransom. At the time, 200 BTC had a $1.8 million value.

When the police in Gujarat were alerted, the elite Criminal Investigation Department (CID) launched an investigation into the matter to uncover the truth behind the case. Consequently, eight police officers were indicted and suspended from the police. As a matter of fact, they were later arraigned before a court. The police investigation unraveled scam of enormous proportion.

What appears fascinating about this case is that Kirit Paladiya, Bhatt’s business partner and police impersonator, masterminded it and his uncle, Nalin Kotadiya, orchestrated it. Kotadiya is a former lawmaker in the ruling BJP. While Paladiya is now in a police net and has been charged with abduction and extortion, the rest of the crooks have become fugitives in their own country.

The police have nonetheless made their findings known to the public. From their findings, Bhatt also invested in a crypto scam, BitConnect, between 2016 and 2017. A co-founder, Satish Kumbhani, vigorously promoted BitConnect in India and recruited clients around the world. BitConnect encouraged investors to invest in the project to earn serious money with the promises that they would receive as high as 40% interest per month.

When Indian Prime Minister Narendra Modi kicked off his demonetization campaign, Indians hit the internet in search of the best ways to spend untaxed money. According to Google trends, most of the online searches came from Gujarat. Most of them turned to BTC, given that purchasing them at a premium was possible in India at the time.

Due to the increasing trend of BTC in India, the Reserve Bank of India banned cryptocurrencies in the country. Additionally, the virtual currency exchanges responded by filing a case in the Supreme Court against the bank.

According to the police, Bhatt and his fellow crooks later kidnapped two BitConnect reps in Surat, demanding over 2,200 BTC in ransom. There were other members of the gang, Paladiya and his uncle, who wanted some more. Kotadiya doubled-crossed Bhatt and extorted some more BTC.

After the incident, they were confident about the situation and never knew that Bhatt would open up to the police. Bhatt reported the case to the police, and exonerated himself by saying that Paladiya was effecting the BTC transfers.