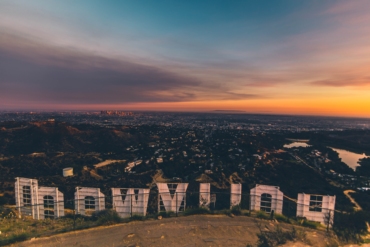 Since the start of 2017, cryptocurrency has taken over the world. They have been the most searched term on the internet and their popularity has continued to skyrocket. Naturally, such popularity has seen some of the most famous celebrities join the cryptocurrency markets. Here are some celebrities who have invested in digital currencies, and are bolstering the market:

Jamie Foxx is a celebrated actor in the movie industry. The actor jumped into the cryptocurrency space in 2017 when he promoted the sale of COBINHOOD tokens. Since then, Foxx is said to have invested in cryptocurrency massively. The actor is a major influence, and his presence in the sector has a massive impact.

An American reality show personality, Kim Kardashian joined the cryptocurrency space in July 2018 when she confirmed to have received her first Bitcoin. Due to her huge popularity, this move was highly welcomed by crypto enthusiasts. In one post a Reddit user noted that, “Many people make decisions based on the Kardashians. Bitcoin has received the right publicity from the right person.”

With Kim having more than 114 million followers, her announcement was a massive boon for the cryptocurrency markets.

The former reality-TV star began showing interest in cryptocurrency back in 2016 when she posted a photo with an Ethereum officer before deleting it. In September 2017, she announced via Twitter that she would be participating in an ICO for LydianCoin. She later distanced herself from the ICO when it became controversial, stating that she would be joining different crypto platforms instead.

Boxing legend Floyd Mayweather has expressed his interest in digital currencies on two occasions. His first bold statement came in July 2017. He posted in his Instagram that he was planning to invest in the Stox.com ICO. In August last year, he also supported another ICO belonging to Hubii Network. He later added that he prefers the moniker – Floyd Crypto Mayweather.

The former boxing champion has his own crypto company called Mike Tyson Bitcoin. This crypto platform offers digital crypto wallets, trading opportunities, and acts as a Bitcoin ATM. On the launch of the platform, Mike Tyson noted that in five years’ time, cryptocurrency will be used the same as fiat money. Since then he has been urging people to invest in digital currencies as the future of money.