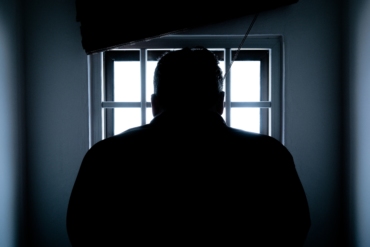 Meet Charlie Shrem, a Bitcoin (BTC) bull, millionaire, and convicted felon. Don’t worry about the “convicted felon” part. Just focus on the strong message he has for all the BTC investors out there. Yes, this is more like listening to the message and thinking less about the messenger. In an exclusive Sunday interview with JP Mangalindan of Yahoo Finance, Shrem explained everything about cryptocurrency.

For the record, Shrem is also the co-founder of Crypto.IQ and BitInstant. In the interview, Shrem gives his views on the prospects of cryptocurrency. He detailed the progress made thus far in the industry and what the future holds for it. As a seasoned pro, Shrem did not hesitate to give the audience some nuggets of investment wisdom. The interview cuts across the sensitive aspects of the whale’s life, including his prison experience.

Shrem served two years in prison for unlicensed money-transmitting. Upon regaining his freedom, he teamed up with Randall Oscar to create Crypto.IQ. The platform gives users access to portfolios, reports, education, and cryptocurrency analysis.

On his thoughts about Bitcoin price, Shrem reminded new crypto-asset investors that it hasn’t been all rosy in dealing with the cryptocurrencies. He noted that a lot of new traders are mainly bulls who forget that the market experiences bearish movements.

Indeed, Shrem doesn’t seem discouraged about the current market price downturn. Speaking philosophically, the BTC bull says that it is at times like this that things die and new things are created. He added that it is during bearish market times that the thoughts of creative destruction come to mind.

In fact, Shrem was blunt in describing the market situation. In his words, he said that the crypto sphere has over 1,800 altcoins. Coming from that, he posited that the bearish movements are important to shake up some shitcoins and render them worthless. The entrepreneur noted that when this happens, the grains will be separated from the weeds. He noted that the digital currency ecosystem is saturated and ought to be cleaned up.

On a positive note, he showered praises on impactful projects. He noted that people are glad to key into them because they are, in his own word, “intriguing.”

In short, the opinionated ex-convict advised new BTC investors to always be open-minded in investing their money. Shrem said that they must be ready to lose some money, but never to invest in just one cryptocurrency. He describes the new asset class investment as “having fun.”

What are his thoughts on ETF? Shrem maintained that the market is not ready yet, as it is prone to manipulation. To buttress his point, he cited the surge of Bitcoin price during the recent BitMex exchange maintenance.