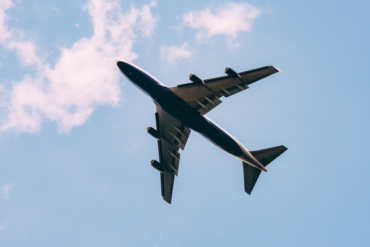 Reputable online travel company CheapAir.com announced leaving digital currency exchange Coinbase behind. Previously, Coinbas was processing Bitcoin payments for CheapAir customers. The company is now turning to BTCPayServer which is an open source payment processor. CheapAir was working with Coinbase since 2013, but Coinbase announced in April that it was shutting down all its merchant platforms. This left CheapAir looking for a replacement.

The company stated that the new partnership came to be from influence of customer feedback. According to the company’s CEO, Jeff Klee, “We were in unfamiliar territory to suddenly be scrambling for an alternative. I cannot tell you how grateful I am for the overwhelming amount of thoughtful feedback we received. We went into the process thinking we were on a desperate quest to find a new processor, but thanks to many of you, we came out of it realizing we don’t need a processor at all.”

A post by CheapAir indicates that they have been working with BTCPayServer for a month now following suggestions from customers. The CEO says he is very happy with what BTCPayServer is doing. Additionally, he adds BTCPayServer will help the company not to rely on third parties since CheapAir is now in charge of the transaction process. This will allow for the process to be faster and more efficient.

Bitcoin Is Here To Stay

CheapAir said that it will still continue accepting Bitcoin despite the challenges it faced with Coinbase. The company is not the only travel agent accepting digital currencies as a means of payment. Its competitor, Star Jets International, also started accepting Bitcoin as a payment option in 2017. On their part, CheapAir believes that digital currencies are the future of finance and it’s important to be part of that revolution.

Klee went on to state that, “We do think that most industries will have to come along and start expanding acceptable payments beyond fiat currencies.” He went on to state that the company has not made its final decision and would be willing to add Lightning Network Payments if the customers’ request. He mentioned that, “We certainly wouldn’t rule it out [Lightning Network] in the future, especially if our customers tell us it’s something they would like to see us accept.”

The acceptance of Bitcoin as a means of payment is seeing mixed reactions. This is because some companies are canceling the option while new companies are providing it.