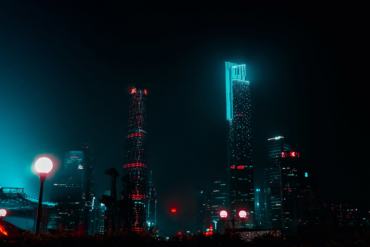 The fury is yet to achieve its highest peak. Yes, the aggression of the Chinese government toward cryptocurrency is still raging on. Equally, in a determined clamp down, authorities in China are energetically trying to keep cryptocurrency trading under check. In the light of this, the Guangzhou Development District is shutting the doors on crypto trading. The Guangzhou Development District, which is close to Hong Kong, is a special economic zone in southern China. The government designed it to foster economic growth. Notably, this zone operates in a less restrictive environment cleared of many legislations in order to grow faster.

Therefore, with this ban, the Guangzhou Development District joins the effort of the Chinese government to curtail cryptocurrency trading. Though, you may be wondering why China seems to have declared war on cryptocurrency when the rest of the world is rushing after it (even China’s continental neighbors in South Korea). The answer is simple; China strongly views cryptocurrency as a threat to the stability of their highly-centralized and controlled financial system.

Why Is China Waging War on Cryptocurrency?

To start with, the government relishes strong control of the system. Therefore, a cryptocurrency famed for its decentralization takes such power from the government. That leaves them with no choice; China has waged a fierce war on all virtual currencies. The likes of Bitcoin (BTC) and Ethereum (ETH) have repeatedly been bruised with bans and regulations from Chinese authorities.

Yet, it might shock you that in this heated show of no love from the authorities, China was once a leader in virtual currencies. Some time ago, the giant country used to be the biggest Bitcoin market in the world. At that time, China was leading in the mining and trading of Bitcoin. Then the war started. In a bid to protect the conventional banking system and reduce illicit capital flows, the central bank and other regulators started shooting at cryptocurrency exchanges, shutting down access to most of them.

Thus, the cryptocurrency market bled in China. The country’s percentage of global Bitcoin-trading, which proudly ranked around 90%, crashed embarrassingly to under 10%. According to the Guangzhou Development District, the ban of cryptocurrency is aimed at “maintaining the security and stability of the financial system.”

The War Rages On

Of late, Chinese authorities have increased the tempo of the crackdowns on cryptocurrency trading. For example, in the central district of China’s capital, public buildings, shopping malls, and hotels can’t promote cryptocurrencies. In addition to this, Chinese regulators are hunting down peer-to-peer cryptocurrency trading. Of late, two very famous payment apps boasting more than one billion users – Alibaba’s Alipay and Tencent’s WeChat Pay – banned users from transacting in cryptocurrency-related payment platforms.