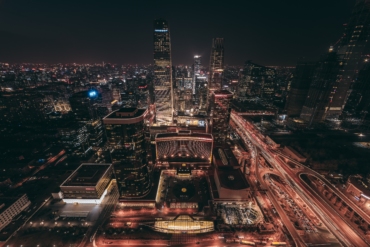 A Stern Warning from the Authorities on Fundraising

The People’s Bank of China, as well as the country’s regulators, collaborated in releasing the joint rebuff against fundraising schemes that illicitly parade themselves as connected to the blockchain industry. These governmental bodies have brandished as “lawless elements” illegal schemes who solicit funds from investors by claiming to carry out the issuance of cryptocurrency via initial coin offerings (ICOs).

The Mode of Operation

In particular, the authorities called out the popular tricks these illicit fundraising schemes deploy in swindling investors. Many of these schemes operate under the umbrella of “blockchain” and “financial innovation”. Nevertheless, while they claim to be strongly affiliated to the blockchain industry, they are just miserable frauds and pyramid schemes.

Additionally, Chinese authorities have referenced cryptocurrency projects that rent overseas servers using online trading tools, chat forums and gateways for obtaining financing from the public via fundraising. Similarly, this sparks a curiosity as to the integrity of such projects. According to the authorities, “the funds for these illegal activities are mostly overseas, and supervision and tracking are very difficult.”

Most of these fraudulent schemes parade themselves as foreign operating brokers to local investors. Some of these schemes even go as far as using celebrities to enhance their reputation. These celebrities partake in massive promotional campaigns for these schemes. However, at the end of the day, these fraudulent setups under the guise of cryptocurrency fundraising manipulate cryptocurrency prices to dishonestly make profits for themselves.

In the statement, the Chinese regulators also alerted the public to the dangers of new fundraising methods propping up recently. These fundraising methods differ from initial coin offering. Some of these are initial miner offerings and initial exchange offerings. They are used of late to speculate on crypto.

Earlier in the week, the Chinese regulators pushed to cut local investors from accessing over 120 foreign cryptocurrency exchanges. The China National Fintech Risk Rectification Office has so far selected 124 trading platforms operating in China but using foreign IP addresses. This government agency aims to cut off internet access to these platforms as it keeps a close eye on the commercial use of cryptocurrency domestically. AliPay, WeChat Pay, and other payment processors are collaborating with the Chinese authorities to clamp down on cryptocurrency payments.