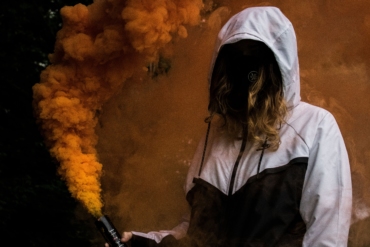 According to Cobra, the pseudonymous co-owner of Bitcointalk and Bitcoin.org, an attempt is being made at brokering a compromise. This will hopefully squash the Bitcoin Cash civil war before it culminates in an everlasting blockchain split. Ironically, a few months ago this year, Cobra, who used to criticize Bitcoin cash, came out to support BCH. Cobra also took other controversial positions, such as contesting an altar in the network’s Proof-of-Work consensus algorithm.

Cobra is now launching something he refers to as a full node Bitcoin Cash implementation, which he believes is “safe and reliable.’’ This is his attempt to help prevent a war between BCH development teams, nChain and Bitcoin from causing a network split. According to many, the split will do nothing but massively damage the cryptocurrency’s reputation. Labeled as cobra client, his software adopts neither canonical transactions ordering nor any of the opcode activations preferred by nChain and Bitcoin ABC. Cobra argues that he does not have enough consensus support to justify immediate activation.

Through replay protection, the node ensures that users who run this instance of the Bitcoin Cash software will not do so at the peril of replay attacks. Replay attacks occur when an attacker transmits similar transactions on multiple blockchain forks. Multiple blockchain forks are when the network splits into two or more chains. Cobra stated that a blockchain split would be a shame for Bitcoin Cash and, even if temporary, would “cause lasting damage.”

Co-owner of Bitcointalk and Bitcoin.org States

Cobra wrote, “Such a consensus failure will be a disaster for all investors and users of Bitcoin Cash. Though it’s almost impossible to avoid at this point as all developers and miners involved refuse to back down. The scenario will wipe out huge amounts of value from Bitcoin Cash, lead to total ridicule of the currency, and widespread loss of trust and faith. However, reputation damage is simply not worth it, all so some developers and miners can avoid having their egos bruised. Especially since it would be around some mostly unimportant and non-urgent changes. Even a temporary fork will cause lasting damage.”

However, this is not the first attempt to broker a compromise ahead of the fork. Bitcoin Unlimited has a software client which finds use by about a third of Bitcoin Cash node operators. The software client stated that it will make the changes requested by ABC and nChain accessible in its software.