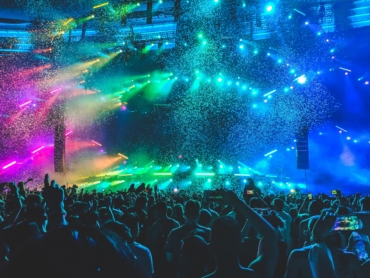 Cryptocurrency exchange, Coinbase, announced yesterday it has obtained a license to operate as a broker-dealer in the United States. With this government-approved go-ahead, the biggest cryptocurrency exchange worldwide by trade volume, can now list Initial Coin Offerings (ICOs). US regulators earlier maintained that ICOs are securities, prompting the exchange to re-strategize in an effort to receive regulatory approval.

The official statement says that the exchange obtained the regulatory approval after the purchase of Venovate Marketplace Inc., Keystone Capital, and Digital Wealth LLC. The press release further says that with the acquisition of the three companies, the firm now has the license to act as a broker-dealer, a registered investment adviser, and alternative trading system (ATS). The capacity to act as an ATS will enable the company to operate beyond the stock exchange market.

In a country where cryptocurrency firms receive heavy criticism by regulators and advise citizens against investing in such businesses, one can understand the hurdles Coinbase overcame before achieving this feat. This means that the exchange has effectively overcome the stringent regulatory requirements from both the Securities and Exchange Commission (SEC) and the Financial Industry Regulatory Authority (FINRA).

With the approval of the broker-dealer license, Coinbase now has the green light to list ICOs. Coinbase will standardize its reporting protocols and ensure that its staffers have the specific licenses to trade these securities.

This move gained steam due to a need to build confidence among US cryptocurrency investors. By getting this all-important regulatory approval, Coinbase will leave a permanent footprint on US cryptocurrency market as an indisputable pacesetter – even though other exchanges, such as Circle and Uphold, have initiated a similar move.

The competition is becoming interesting as spectators watch keenly. In the quest to stay ahead of the game, Circle Internet Financial Ltd. has even gone farther. They are applying for a federal banking license. On June 6th, news broke that the Goldman Sachs-backed payment startup, Circle, was in talks with US regulators. Their goal was to obtain a license so as to provide even more financial services to its teeming customers.

Coinbase, which only trades four tokens (Ether, Bitcoin, Litecoin and Bitcoin Cash) at the moment, announced recently that it was weighing the possibility of listing more tokens. In the statement, it disclosed that the five tokens being considered include OX, Zcash, Stellar, Cardano and Basic Attention Token. The days ahead will be interesting, especially when other exchanges obtain their regulatory licenses.