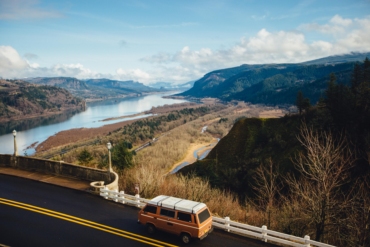 Coinbase, the biggest cryptocurrency exchange in the United States, announced that it will be opening a new office in Portland, Oregon. The exchange, also known for providing crypto wallets, blogged it considered several locations before landing on Portland.

Reports indicate that Coinbase already signed a 7-year lease for the new office and renovations should begin very soon. Coinbase’s blog also says that the new office will create more than 100 jobs for Portland’s economy in 2018 alone.

This expansion report comes barely a month after critics said the exchange was overwhelmed by its current growth rate. Furthermore, there are massive complaints about the exchange’s service delivery. Many of the exchange users report massive difficulties in accessing their funds, problems in transferring funds to other accounts, not receiving funds on time, and continuous downtime on the online platform. Several others attribute losses to inconveniences and mismanagement by the exchange.

At the start of last month, Coinbase announced that it is planning to expand to Japanese markets. The popular exchange stated that it will apply for a license from the Financial Services Agency (FSA) in the next 12 months. Additionally, the company understands the tough regulations imposed on exchanges in Japan. They say they are ready to comply with all laws. One of the new Japanese laws is that all exchanges operating within the country must apply for licensing with FSA.

Since the hack of Coincheck in January, the FSA created new rules which include Knowing Your Customer. Since then, many exchanges have been suspended with other getting warning letters informing them to provide better customer service. Japan is one of the few countries with legalized trading of cryptocurrencies, but in a regulated manner.

Coinbase, founded in 2012, is currently enjoying a client base of more than 20 million users with over over 150 billion dollars in assets traded to date. The exchange allows the trade of Bitcoin, Ethereum, Litecoin, and Bitcoin Cash. It’s also planning to add Ethereum Classic into its list before the end of this year.