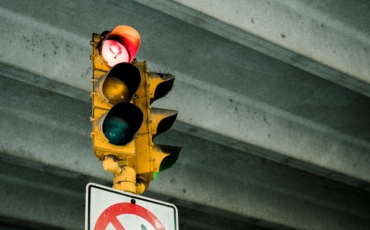 Leading US crypto exchange, Coinbase, retracted its statement made last week about receiving the U.S. Securities and Exchange Commission’s (SEC) approval for listing digital coins that act as securities, according to Bloomberg.

The exchange told Bloomberg last week that the SEC and the Financial Industry Regularity Authority (FINRA) authorized its move forward with the acquisition of Keystone Capital Corp., Venovate Marketplace Inc., and Digital Wealth LLC. Through these acquisitions, Coinbase plans to introduce digital currencies that are additionally securities. The exchange did not provide any timeline for integration of its technology into the new company acquisitions.

“The SEC’s approval is not required for the change of control application. Coinbase has discussed aspects of its proposed operations, including the acquisition of the Keystone Entity, on an informal basis with several members of SEC staff,” stated Coinbase spokeswoman Rachael Horwitz.

It’s “not correct to say that the SEC and FINRA approved Coinbase’s purchase of Keystone because the SEC was not involved in the approval process,” according to Horwitz. In their statement about the matter, the SEC says that Coinbase did not receive any “explicit approval.”

Earlier this year, the exchange announced that it will support ERC20 tokens. Explaining their move, Coinbase said that this “paves the way for supporting ERC20 assets across Coinbase products in the future.”

The cryptocurrency market is still relatively new. Furthermore, the concepts associating with it are in the process of receiving definitions by relevant authorities. The SEC differentiates between digital tokens and security-like tokens. Last month, Chairman of the SEC, Jay Clayton, commented on cryptocurrency projects. He says if they want to offer any IPO with a token, then they need to contact the SEC.

“A token, a digital asset, where I give you my money and you go off and make a venture, and in return for giving you my money I say ‘you can get a return’ that is a security and we regulate that,” he added.

June 6th, when the exchange announced the initiation of the deal, President and COO of the exchange Asiff Hirji said, “If approved, Coinbase will soon be capable of offering blockchain-based securities, under the oversight of the US Securities and Exchange Commission (SEC) and the Financial Industry Regulatory Authority (FINRA). This step forward is being made possible by our acquisition of a broker-dealer license.”