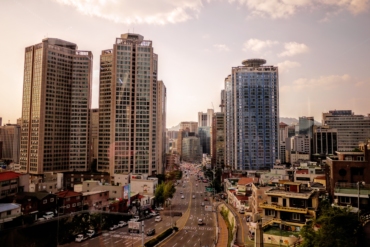 Asian trading firm, CoinOne, is in the news again. But this time, it is in the news for the wrong reasons. The firm, known for offering a robust platform and advanced services that support many cryptos, has a question mark hanging over its employees’ heads. CoinOne was rocked by a scandal recently when news broke that some staffers were using crypto marginal trading to gamble. As a result, authorities arrested three of their staffers and they are currently standing trial. Although the firm and its staffers on trial continue to deny any wrongdoings, critics believe that there is more than meets the eye in the saga.

South Korea is home to most of the world’s leading exchanges, leading to fierce competition among exchanges jostling for crypto customers. Consequently, the competitors have to offer special services in order to win more customers. For CoinOne, the competitive edge
they have over others is margin trading. Ordinarily, anyone would assume that margin trading is actually a good thing. Though, the trial of the company executives for gambling with its margin trading suggests that there’s something CoinOne isn’t telling its customers.

What is Margin Trading?

In case you are not sure what it is, margin trading is a common practice in the crypto ecosystem which allows traders to borrow coins and trade with them. Let’s say you’re feeling bullish, but you don’t have enough tokens to trade. You can actually predict what the market will be in the future, say two weeks. BTC is trading at $7,000 USD and you feel that it will hit $10,000 USD in two weeks. You borrow 3 bitcoins from CoinOne at $21,000 USD (the crypto equivalent of the USD at the time). Two weeks later, BTC hits $10,000 USD. This means you are currently holding $30,000 USD. Well, you have to repay the leverage from the exchange, leaving you with a $7,000 USD gain.

This is margin trading and that is how CoinOne supports its customers. Although, people wonder the essence of offering margin trading since the firm doesn’t charge interest, thus questioning its legitimacy.

Are there other staffers implicated?

Yes. Aside from the executives who are currently on trial for margin trading, about twenty staffers of CoinOne have also been accused in the ongoing scandal and are expected to go on trial at a later date.