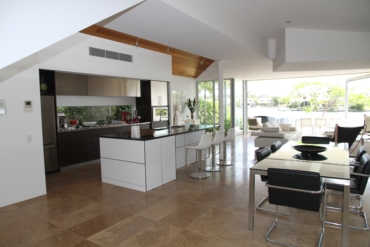 As the popularity of cryptocurrency continues to grow, criminals are now coming up with new methods of putting malicious software on people’s TVs, handsets, and even smart fridges, to mine digital currencies. If the web browser on your phone is slower than usual, then it could be mining bitcoins for these criminals.

Crypto-jacking attacks are becoming a huge problem in the cyber-security industry. It’s not easy to identify these attacks, as there is very little change in functionality of your equipment for you to think of the hacking possibility. What these hackers do is use their victim’s processing power, because that’s a requirement in mining.

According to Maya Horowitz, a manager of cyber-security company Threat Intelligence, “We saw organizations whose monthly electricity bill was increased by hundreds of thousands of dollars.”

Crypto-jacking is not only done through the installation of software, it can also be done through the internet. It was first identified as a threat in 2017 when the prices of digital currencies when skyrocketing. Now, there are more than 95 million crypto-jacking cases reported worldwide. In 2017 the number moved from 146,704 in September to more than 22 million in December. September of last year provided the first major case reported. It involved Coinhive, which let website owners mine cryptocurrencies instead of relying only on advertising revenue.

Monero appears to be the most popular altcoin among criminals when it comes to crypto-jacking. The estimated Monero mined in this crypto-jacking case is about 5% (roughly $150M) of the total available supply. In these attacks, criminals try to infect as many devices as possible to ensure maximum output.

Organizations are the most targeted because they have tons of computing power. One good example is a discovery from February of Checkpoint servers. Criminals exploited the servers for $3M worth of Monero. These hackers mainly target organizations which have cloud-based services.

Why Crypto-jacking Cases Are On The Rise

Hackers do not require much skill to implement crypto-jacking skills. Furthermore, a Google search can find the computer code that automated the cryptocurrency mining. At the end of the day, crypto-jacking is very hard to detect because it operates in a very anonymous way.