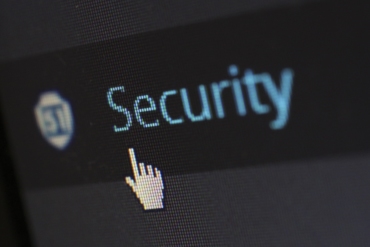 In China, authorities arrested three suspected hackers over an $87 million USD crypto hack. Furthermore, authorities call this the largest hack in the history of China. The three hackers broke into both the personal and corporate accounts of victims. Local authorities uncovered the cryptocurrency hack following thorough investigations.

How The Hack Was Discovered

Investigations began in March when a victim, Zhang, reported his compromised laptop to the police. In that single attack, Zhang lost $15 million USD worth of Ethereum (ETH) and Bitcoin (BTC).

On March 30th, Zhang filed his complaint with the local police in Xi’an. Police tagged the crime as the “highest value cryptocurrency criminal investigation” China has ever seen. A Chinese police officer says, “Our bureau has not dealt with this kind of case before. It’s the first virtual currency-related case in Shaanxi.”

Police suspect these hackers to be working in top internet companies. However, authorities currently refrain from disclosing the names of the internet firms. The hackers gained access to virtual funds, selling off the coins by splitting the digital cash into smaller pieces. They committed the crimes in the form of several small transactions leaving no significant trace to follow.

The police carried out the analysis of the data with collaboration from IT experts. This led to the identification of the first suspect, a person going by the name, Zhou. Reports say they are from the central Hunan province. Further investigations resulted in the arrest of two other culprits involved in the crypto theft, Cui from Beijing, and Zhang from Jilin province.

The authorities in China placed the hackers under 24-hour surveillance before arresting them in coordinated raids. Ongoing investigations continue to discover the extent of the hack in order to prevent its recurrence.

Cryptocurrency hacks and related crimes continue to rise in China as cryptocurrency trading grows in popularity. Just a few weeks ago, at the beginning of July, police arrested 20 suspects for cryptojacking. Cryptojacking is when hackers utilize someone else’s computer processing power without their knowledge or consent. Hackers breached more than a million computers, amassing over $2 million USD in profits across a span of two years.

Local courts in China struggle with disputes over digital assets. Judges find these disputes difficult because of unclear regulations on cryptocurrency and controversial bans on ICOs.

What is your take on this matter? Do you see better opportunities for hackers to lawfully deploy their skills, rather than engaging in criminal behavior? Kindly let us know your thoughts in the comment section below.