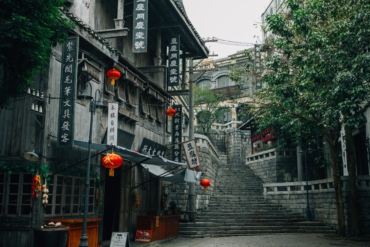 Exchanges and cryptocurrencies want to avoid scandal so as to keep attracting more and more investors to them. Binance Exchange, the world’s biggest cryptocurrency exchange, is no exception to this common practice. In a market that exhibits high-level volatility due to its speculative nature, staying away from scandal is one of the surest ways of staying relevant in business for a long time. Though, a Chinese investor wants to stain the reputation of the Binance Exchange and many others.

The teacher, turned venture capitalist, wasn’t done with the Binance founder in the video as Li called Binance, “a fraud exchange.” Well, Li didn’t spare Justin Sun, the founder of TRON in the recording either. Bashing him, Li called him a scammer. After that, Li continued with lots of name-calling to boot.

On Patrick Shuai, QTU founder, Li called him an “aircoin,” disclosing he helped the founder promote the cryptocurrency because his scam was simple. He concluded the attack on Shuai by saying that if he had developed DApps first that he (Li) might not have paid him any attention.

NEO, a top cryptocurrency, took its fair share of the blast as Li called it a worthless project. He added that if you were Wang Lijie, an investor of NEO, you would have taken the path that he did by selling them at 1.5 RMB. He said that some big venture capitalists conspired to hype the project, making Da Hongfei, the founder of NEO, a light investor in the project.

While many people believed that Li would regret his actions, his biggest concerns revolved around the language he used to describe the cryptocurrency icons. In a post on Weibo, Li said he needs to learn how to curse people in various languages. He cited American use of F-language as an example.

In China, the video has sparked a debate about whether cryptocurrency is really the future payment instrument or not. Regardless of what anyone thinks, this video is a typical case of friendship and business gone awry. In July 2017, Li raised over $80M through an ICO. Shortly after, the Chinese government declared his fund raising methods illegal.