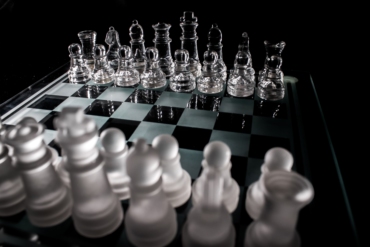 Reports indicate that Russia and Iran are seeking ways of using virtual currencies to escape sanctions imposed by the West. Iran risks coming under heavy sanctions from the U.S. Recently, President Trump’s administration pulled out of a previous agreement struck by the former President Obama’s administration. An Iranian parliament member, Mohammada-Reza Pourebrahimi, was quoted as saying that virtual currencies provide a way of bypassing transactions in U.S. dollars. They also offer a way of possibly replacing the multinational interbank payment system known as SWIFT. Pourebrahimi relayed this message during a meeting with the Chairman of Russia’s Federation Council Committee on Economic Policy, Dmitry Mezentsev.

Pourebrahimi also revealed that Iran’s central bank is creating proposals that would help usher in usage of digital coins. Additionally, he expressed hope that Iran and Russia might become the first nations in the world to use virtual currencies in inter-country trade.

Last March, reports appeared that a Swedish firm known as Brave New World Investments AB, had developed a solution meant to help Iran bypass sanctions imposed by the United States. The reports indicated that the firm was accepting deposits made in cryptocurrencies and then converting them to Iranian rial. The firm would then invest in stocks and other securities on the TSE – Tehran Stock Exchange.

Reports say Russia was heavily involved in developing Venezuela’s national cryptocurrency. The South American country is also under heavy U.S. sanctions. Recent reports indicate that one of the few financial institutions in the world where one can buy the Venezuelan national cryptocurrency, Petro (PTR), is Evrofinance Mosnarbank. Venezuela’s social government and Russian state-controlled firms are some of the Moscow bank’s biggest shareholders. Currently, Petro’s wallet is only available in three languages – Spanish, English and Russian.