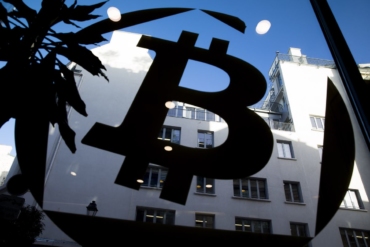 Jason Appleton, a well-known YouTube vlogger who deals with cryptocurrency, is planning to launch his own TV series. The show will premier on the CW, CBS and Roku. It will reportedly be funded by bitcoins (BTC).

Jason launched his YouTube channel, Crypto Crow, in November of last year and has experienced impressive growth since then. More than 70,000 subscribers have followed the channel. Not only has he been successful as a YouTuber, but Appleton is also a successful cryptocurrency trader. He repeatedly demonstrates how he made $90,000 from an investment of $3,500 in just a few months.

Appleton also reviews Initial Coin Offerings (ICOs) and provides honest reviews. That is one of the reasons his fan base has been rising rapidly. Prior to becoming an influential YouTuber, Jason was the Senior Vice President of sales at a mortgage firm. He has quickly become one of the people that has demonstrated the ability to create much out of a small investment in the age of finance and innovation.

Jason’s impressive journey in cryptocurrency seems to be opening more doors for him, especially with the recent announcement that he secured a deal for his own TV show. He managed to secure a deal for 13 episodes with CBS, through which they will test out the Crypto Crow TV show in various markets. Appleton hopes that he will be able to reach out to audiences at the national level if all goes well.

The first episode should air in the last week of June this year. If successful, the TV show might benefit from an audience of more than 40 million people especially through all the three media outlets (Roku, CW, and CBS). Each of the 13 episodes will focus on providing important educative information about cryptocurrencies. The information will focus on investing, research and maintaining a high level of safety, especially when dealing with ICOs.

Jason is one of many cryptocurrency investors who have YouTube channels and are helping society learn the cryptocurrency market. However, he is the first YouTuber launching his own TV show paid for in bitcoin. Although there has not been a lot of clarification on the matter, it is believed that the content promoted or advertised on the TV show will have to be paid for using bitcoins.