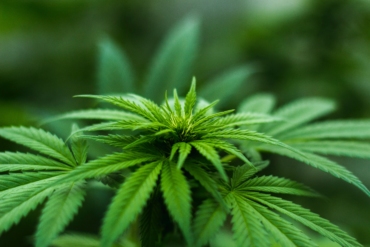 Cryptocurrency-related companies are all the hype nowadays. They represent a high-growth industry, but it is also important to acknowledge cannabis companies are equally interesting. Imagine how interesting it is when these two industries cross paths.

Koyen stated that security is one of the biggest advantages that the decentralized ledger technology offers to the cannabis industry. That is because it helps eliminate fraud concerns. The marijuana industry has some degree of risk, but involvement with the cryptocurrency and blockchain industries helps minimize them. For example, cryptocurrencies present opportunities for marijuana firms to manage their revenue, especially considering that it is difficult for them to access banking services. Banks operate under the Federal Government which has not yet given legal status to marijuana.

Despite a few challenges here and there, the marijuana industry appears to be heading towards a bright future. A significant number of states have legalized the drug for medical and recreational use. Even more states are expected to jump on the bandwagon in the future. However, marketing and spreading awareness about the benefits of marijuana have still remained quite challenging.

Some of the officials in the industries believe that collaborations between blockchain and the cannabis industries would help overcome most of the challenges in the pot industry. Tech giant, IBM, proposed the use of blockchain technology to monitor marijuana sales in British Columbia. The idea encouraged some marijuana firms to leverage the decentralized ledger technology so that they can monitor their processes from harvesting to sale of products.

Meanwhile, some of the marijuana companies have been getting involved in the cryptocurrency market through means such as mining. For example, PotNetwork Holdings is venturing into cryptocurrency mining. The company recently launched a subsidiary known as Blockchain Crypto Technology Corp., and bought a crypto mining facility which includes 115 mining rigs. Richard Goulding, the president of PotNetwork Holdings, stated that it decided to follow that route because it was too exciting and it also presented an opportunity to expand to new areas.

PotNetwork’s move is also strategic because it will allow the company to handle all the transactions involving CBD coin (CBD). The use of cryptocurrencies in the marijuana industry is also important because it encourages inclusion on a global scale.