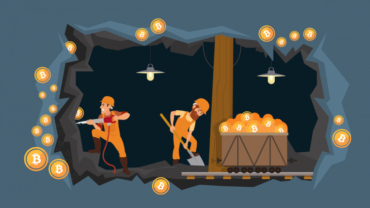 Japanese technology and internet company GMO is reportedly planning to launch a Bitcoin (BTC) miner fitted with 7nm processors. Their goal is to release before the end of 2018.

GMO, one of Japan’s biggest IT companies, will be the first firm to launch a 7nm chip on a mining rig. The company plans to launch the chip in the B2 miner on June 6th. The Japanese firm also plans to kick off a mass production with the expectation shipments roll out in October.

A statement on the website had this to say, “We will mass-produce the world’s first mining machine equipped with a cutting-edge 7 nm* process based semiconductor chip (7 nm mining chip; “GMO 72b”), which will be shipped at the end of October 2018.”

GMO initially revealed that it was working on a new ASIC processor in September 2017. The company has been running tests for months. The expectation is for the chip to achieve high levels of hashing power while offering more efficiency in terms of electricity consumption. The amount of electricity used in cryptocurrency mining, especially in Bitcoin mining, has forced equipment manufacturers to create more efficient solutions.

Currently, there are no pricing details on the B2 miners containing the 7nm chips. However, there should be a price announcement during June’s launch. The Japanese manufacturer also plans to install the new mining rig in existing cryptocurrency mining facilities. The company has been running cryptocurrency mining facilities since late 2017. April reports reveal the company had managed to mine 537 bitcoin cash and 906 bitcoin this year. The total value of cryptocurrencies it has mined is about $8 million, without factoring in the costs.

GMO might not be the only company dabbling with 7nm chips. South Korean tech giant Samsung also revealed that it is developing 7nm chips, although the details are scant. This means that the cryptocurrency market will soon benefit from more efficient mining equipment. This translates to less demand for power and more work output. GMO had announced in 2017 that it would sell new Bitcoin mining rigs through an ICO this year. The announcement was made in the early stages of planning and it is not clear whether the company will still pursue that direction.