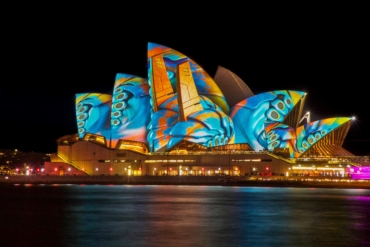 The future of the cryptocurrency industry is becoming scary with each passing day. The reason is that while cryptocurrency has made many people genuinely richer, others are out to abuse it. This abuse is common with tokenized Initial Coin Offering (ICO). ICO abuse comes in the form of scams, and no country is immune to this mess, including Australia. Today, cryptocurrency con artists are taking their skills to another level in Australia. These scammers are making it the second commonest investment scheme in the country.

The official reports coming from Australia Competition and Consumer Commission (ACCC), an independent body saddled with the task of enforcing consumer protection rights in Australia, alerted whistle-blower Scamwatch.gov.au, disclosing their shocking findings through the website.

The report released recently says that cryptocurrency and binary options-related scams have crossed the red line, which informed the need for the watchdog to alert unsuspecting Australian investors, who may be interested in crypto-asset and binary options investments.

The stats made available on the site show that Australians lose $4.3 million every month to such scams. Breaking down the statistical figures, reports say so far in 2018 more than $26 million vanished in scam investments. That represents 84% of the total scam losses recorded in the past year.

Simplifying the stats further, the figure indicates a 117% increase in losses comparing to last year figures. This May alone, there were reports of over 200,000 scams.

The ACCC deputy chair, Delia Rickard, pointed out that the agency receives cases of thousands, in some cases, millions of cases of scam-related losses, prompting the agency to warn the Australian people. She further disclosed that the scams are sophisticated and that they target investors between 45 and 64. Rickard says the stats are based on the analysis they carried out at the agency.

In giving the detail of the past year, the report says that Australians lost over $64.6 million to crypto-related scams from 1,289 complaints. While many of these scam might be going unreported, the figure represents the sum lost to fraudsters as reported to the Australian Cybercrime Online Reporting Network (ACORN) and Scamwatch. The authorities lamented that if these scams continue unchecked, the losses could hit $100 million.

Rickard said that the scammers often promise to offer price movements that will make their victims richer. In turn, it only eggs the victim on. The minute the investor drops the money, they abscond. While urging investors to steer clear of fraudulent investment schemes, she noted that Australians should be wary of claims, such as “get rich quick,” “low risk,” “risk-free investment” and many others.