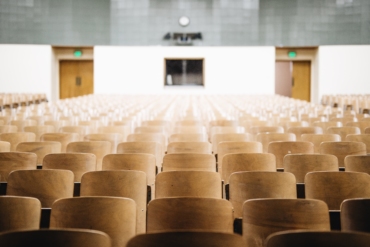 If you are wondering whether or not Initial Coin Offerings (ICOs) are scams, you will find this UPenn Law School report insightful. This new report is coming on the heels of increasing suspicion among experts that ICOs have become shortcuts to defrauding prospective investors around the world. While some ICOs failures are due to defective business models, many others hit brick walls because their issuers disappear into thin air. This report even adds to ongoing and upcoming ICO issuers’ woes.

Details Of The UPenn Report

The report states that most promises made by issuers in various ICO white papers fail to come true. Released on July 17th, the report says that despite making interesting promises to win investors, the issuers never make an effort to see their fulfillment. Named “Coin-Operated Capitalism,” the report aims to extensively discuss investors’ expectations and the post-ICO reality. The four professors contributing to the study say that they sampled a significant number of ICO projects.

The paper cites some instances to buttress its revelations. It specifically mentions Bancor, an ICO raising $153 million within three hours this July. Later, it would reveal someone hacked their platform, thus losing $12 million.

Another example the report x-rayed was Polybius, an Estonian institution that promised one thing and delivered something entirely different. The professors say that their white paper made several claims about what its smart contracts could do. In contrast, beyond having modification features and being ERC-20 protocol compliant, the fascinating features of the project’s promises could not be verified because doing so would require engaging a talented reverse engineer to be able to ascertain if it was actually incorporated.

Explaining further, the UPenn report says apart from breaking white paper promises, most ICOs take a centralized posture. Thus violating the single most important principle of cryptocurrency. The report says that this is “more troubling.”

Additionally, the findings blame the blatant disregard and abuse of cryptocurrency fundamental principles on lack of regulations or oversight. It frowns at the poor regulations which result in investors lacking protection from basic promises made to them by issuers. While many ICOs promise to protect their investors from internal manipulation, a few of them actually implement it through codes, the report adds.