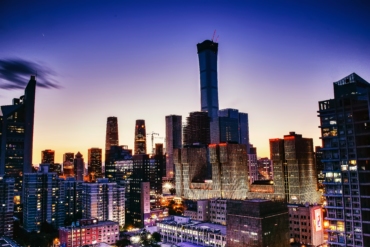 Wan Kuok-koi, a former gangster, launched his own ICO in Cambodia which then spread to the Philippines and Thailand. The ICO sold a total of 450 million HB tokens out of the planned 500 million tokens. The ex-triad made headlines because of making $750 million in less then 5 minutes. Wan’s investment firm has a partnership with Beijing’s Zhonggongxin Cosmos to launch chess and poker contests this October.

According to Guo Jia, a staff member of Zhonggongxin Cosmos, the rewards of the contest will have rewards worth more than $1.5 million. The rewards will be in both cash and HB tokens.

Despite the huge success, many people still worry about the whole operation. The parent company of Zhinggongxin Cosmos says that it’s partly state-owned. That message remains a contradiction after comments from some of its staff. The company says that it owns game halls and that it has government approval to host certain types of poker games. However, many industry players, as well as concerned people, say that the use of digital currencies as a means of payment for poker games and chess could be going against the gambling laws of China. Chinese authorities recently closed an online gambling ring for using digital currencies in its bets.

Many people are also expressing concerns about the HB tokens. Li Yonfeng, founder of Shubei, noted that HB tokens lack source codes making them impossible for investors to verify the tokens as well as keep tabs. The tokens are currently traded on Allin exchange, whose company is listed as an electronics store.

Wan’s criminal background is also leaving people questioning his plans. A former boss of the Triad, he served in Coloane prison for many years before a December 2012 release. Originally, Wan received charges for conspiracy to import bullets and military weapons to carry out criminal activities. He is at the moment blacklisted from going to Hong Kong. His gangster history is raising questions especially after announcing plans to create a Chinese cultural town in China using Blockchain technology.

Reports show that only 4% of all ICOs become successful. In most cases, ICOs launch even without a clear business plan and that’s the main reason why they fail. Countries like China are already banning ICOs because they are not a secure means of raising funds.