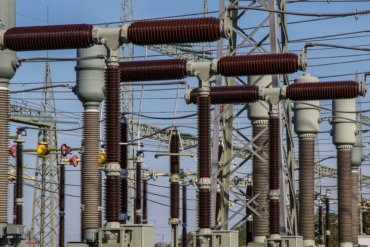 Syarikat SESCO Berhad, the utility arm of Sarawak Energy Berhad, has its hands full once again. Their regular surveillance on power theft activities involving cryptocurrency miners has led to another suppression on three premises for the second time. The joint investigation involved the Electrical Inspectorate Unit (EIU) from the Ministry of Utilities, police, and SESCO. They conducted the inquiry on the 24th of August, close to a commercial center at Jalan Stutong, Malaysia.

Later, on the 30th of August, there was a press statement revealing that the business operators used a similar modus operandi to loot electricity by tapping directly into SESCO’s main wiring in order to bypass the electricity meter.

What a SESCO Spokesperson Said

A SESCO spokesperson, before adding that the first operation on August 14th was triggered by a public tip-off, had this to say:

“The illegal connection method is very dangerous, and can cause a short circuit and lead to a fire. The operators’ irresponsible act also endangers other people staying in building and within close proximity of the premises.”

Apart from an illegal electricity connection, the operators were also in violation of Section 87 of the building’s bylaws. This relates to blocking the access to the stairwell’s common area in order to cover up their operations. As pointed out in the statement, such acts compromise the safety of occupants in the building in case a fire breaks out.

During the raid, they found vast ventilation fans used to cool the long-running mining servers. Needless to say, the cryptocurrency servers ran 24-hours a day. The electricity consumption from tapping directly into cables was around RM10,000 per month at each location.

Of course, the police dismantled and seized all the tampered wirings as evidence with the help of the power company. The police also intimated that they will increase the scope of the investigation. That will come along with interrogating the owners of the locations themselves.

Police and SESCO to Join Forces

As a result of the increase of cryptocurrency mining in the state, police have commenced a close co-operation with SESCO. This way, they will be able to observe the activities and restrict their associated social costs. This was evident in the released statement:

“SESCO will continue to actively carry out a joint operation with police and EIU to stop this dangerous crime.”

As the statement relays, identified cryptocurrency mining locations are under SESCO’s close watch, so any attempt at stealing power will be snuffed out. SESCO added that they will charge those found guilty of stealing electricity. Under Section 33(5) of the Electricity Ordinance, stealing can carry a penalty of RM100,000 and/or five years in jail.