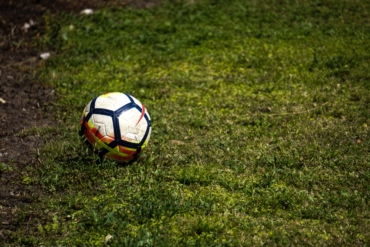 Many celebrities are throwing their weight behind cryptocurrency projects recently. The latest celebrity to endorse a crypto project is Didier Drogba, a prominent figure in the world of soccer.

The ex-Ivory Coast striker is the official ambassador for all.me, a digital network having a cryptocurrency wallet and trading platform. Drogba says that all.me is a project that he believes in strongly.

The all.me platform is a project of Armenian businessman Artak Tovmasyan, and it has a hard cap of $100 million. Tovmasyan says that this is the first time someone combined “a social network with a cryptocurrency bank and a trading floor.” He also says that unlike other digital platforms, “we share up to half of it with the users – depending on how active they are.”

According to the all.me website, the ICO raised $30.5 million at the conclusion of their 4th pre-sale, exceeding their target by 84.8%. The site says users can buy and sell ME tokens with cryptocurrencies or fiat money. To earn rewards, users will allow advertising on their page. Currently, the all.me platform has 450,000 users from 18 countries, according to the official website.

However, not all endorsements have gone well for the celebrities. For instance, boxing legend Floyd Mayweather showed support for Centratech, a platform enabling the conversion of digital currencies into fiat currencies with a Visa or MasterCard debit card. The project became controversial when authorities arrested two founders of the company for ICO-related fraud.

Didier Drogba first represented the Ivory Coast in 2002. In 2004, he joined the Chelsea football club. His career with Chelsea ended in 2012 with a winning penalty kick against Bayern Munich in the Champions League final. Drogba became African Footballer of the Year twice – 2006 and 2009 and also received a selection as a UNDP goodwill ambassador in 2007. Additionally, the same year he started the Didier Drogba Foundation with the aim of providing support in the health and education sectors in Africa.